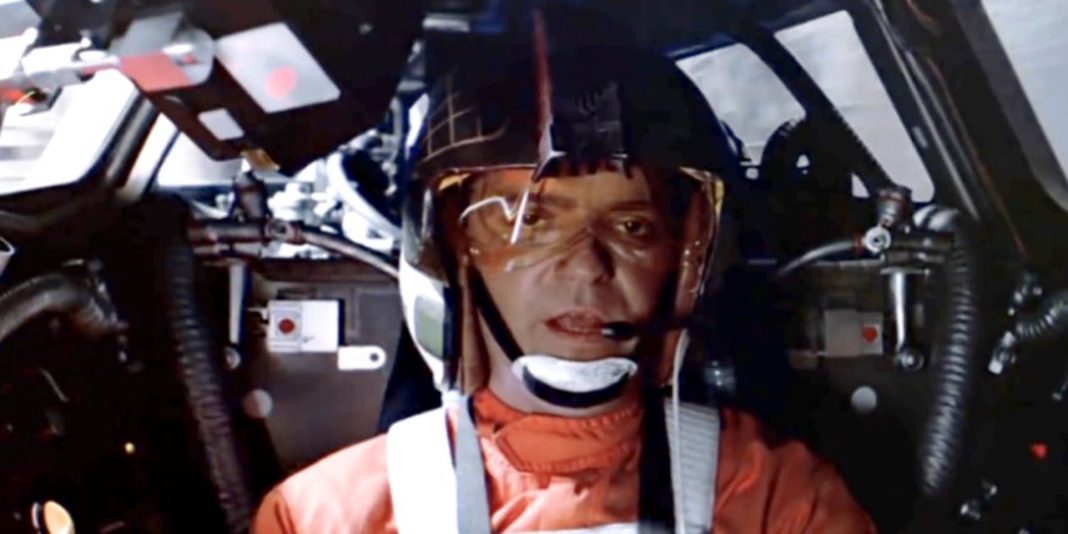 Between 1999 and 2009 Lightsabre.co.uk brought news, fanfic, podcasts and much, much more to the masses. Our one hundred and sixth guest was Gold Leader in A New Hope – Angus MacInnes.

AM – My pleasure. It’s always good to converse with Star Wars fans… 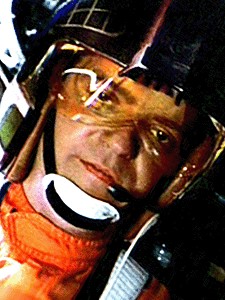 Lightsabre – You’ve had a varied career, from Rollerball and Force 10 From Navarone right through to Hellboy and the Black Dahlia. Tell us of some of the highlights from your career so far.

AM – Well, the best experiences are always those projects that are successful. For me Atlantic City with Burt Lancaster and a young (delicious) Susan Sarandon and directed by Louis Malle was wonderful as was working with Harrison and Peter Weir on Witness. Lately Hellboy was a kick though the most physically demanding work I’ve ever done. It was worth it in the end though.

Lightsabre – How did you break into the industry?

AM – That was simple. My London agent arranged an interview with the late, great casting director Mary Selway. The next thing I knew I was meeting Norman Jewison and on a plane to Munich where I fell in love with the process of film making and where I met one of my soon to be Star Wars pals, Richard LeParmentier (Admiral Motti). For a first gig it was a gas.

AM – Strange and exhilarating. Of course none of the people involved, including George L had any idea when we were making this epic that it would hit as hard as it did or last as long as it has. I still look around at conventions and wonder what was in that mix that hit all the right buttons and continues to do so. 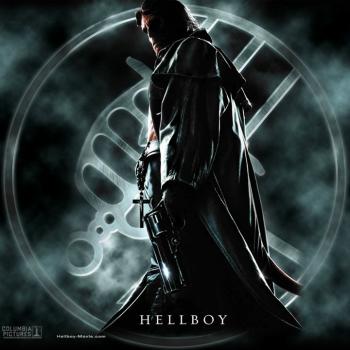 Lightsabre – You were in the 2004 hit Hellboy, which was a very successful transition from comic page to screen. What was it like working with Guillermo Del Toro?

AM – Guillermo is a big kid with toys. He’s fun, imaginative and decisive, all of which makes work not work but pleasure. Watching him sitting under his awning while the rest of us got soaked and frozen was amazing. He held this little black box in his lap and made the lightning strike throughout our sequences. He’s a guy that likes to be involved, directly. It’s a joy to work with people like that.

Lightsabre – When Star Wars broke big, it broke BIG. What do you remember of those heady days?

AM – It was like getting hit with a sandbag. I’m still a little dazed.

Lightsabre – As we all know Gold Leader didn’t make it out of the Death Star battle intact. What do you think would have become of him if he had made it?

AM – Ahhhh, now here we have a disagreement. Dutch made it! He was blown free of the debris of Gold 1 and is currently drifting through space in his ‘life boat’ in suspended animation. He may show up any day now…

Lightsabre – You are a convention veteran and often get to meet up with your fellow Rebel Pilots at such gatherings. Do you enjoy the interaction with the fans, and where’s the most exotic place you’ve been as a guest?

AM – I’m not as much of a ‘veteran’ as you may think, having done a lot fewer conventions and events than many of my fellow Star Warsian types. When ever I do attend an event it’s always a treat to meet up with old friends, have a few drinks and lie like hell to each other. As for exotic places, does Omaha, Nebraska count as ‘exotic’?

Lightsabre – Has there ever been a project that you’ve wanted to get off the ground yourself? Perhaps to write or direct?

AM – Too many too list though I often have a slightly askew take on life and living and often those in the ‘biz’ I run my ideas past nod, and smile and then shuffle away with a worried look in their eye. I keep telling myself I’m still too far ahead of myself or them…

Lightsabre – Which of the other Star Wars characters do you feel the most affinity for?

AM – OK, I thought I had a shot at Princess L at one time but a mission at Yavin and a lot of explosions got between us. If I had got back……. well Han and the rest would have had to look sharp! I still have a bone to pick with that jerk Darth what’s-his-face …. The guy shot me in the back! Give me a TIE fighter in that fight and the story of The Star Wars would have been much different I promise you…

Lightsabre – Tell us something of your other interests outside of acting? 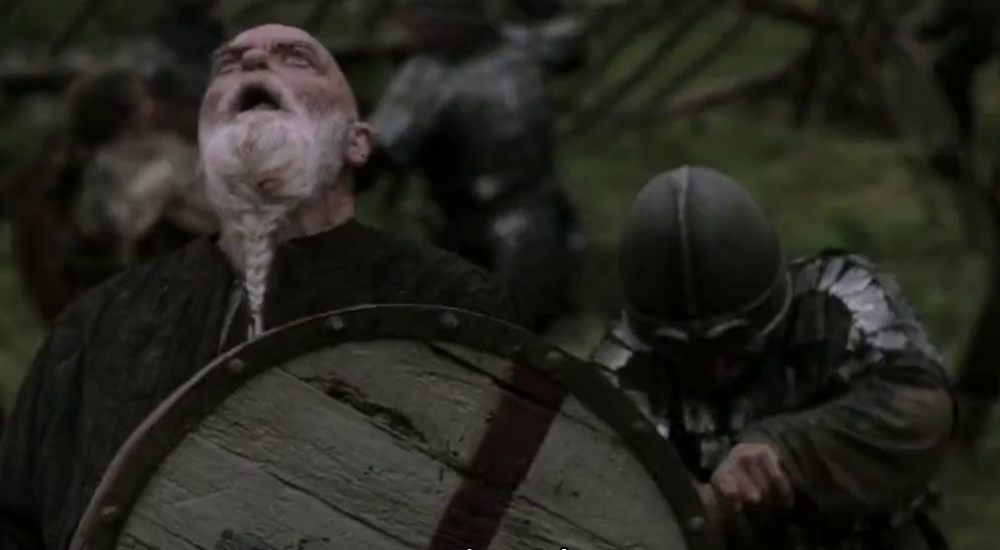 AM – Outside of acting I have my lovely family and I love sailing. Boats are fun and exhilarating and more dangerous than Darth at times but I feel alive and see bits of nature you never see on land. Given my druthers I would sail over the horizon and into the blue…

Lightsabre – You’ve been in three films with Harrison Ford over the years. What is it like bumping into fellow actors years apart? Do you notice the time, or does it feel as if you’ve just stepped off the last set with them?

AM – Usually meeting up with people you’ve worked with before is like having seen them yesterday. You have a touchstone with them, a join. You can relax and not worry. It’s a good, warm feeling. Of course if you hate their guts… 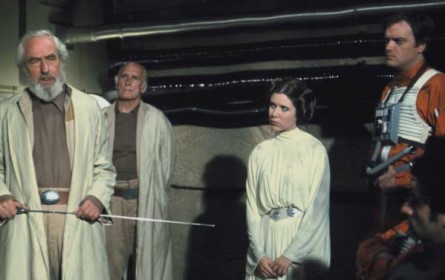 Lightsabre – You were born in Canada but your name is clearly of Scottish origin, as evidenced by your current role in BBC Scotland drama River City. What is your family link with Scotland?

AM – My parents are both from the Western Isles, Skye and Lewis. I remain fiercely proud of being Canadian and will never, ever give up my Canadian citizenship, living here in Scotland is good. The place is beautiful, the people are mad as hatters but fun and you can get OUT quickly. Mind you, the weather is crap…

AM – Hopefully more and more work. I love working, it’s my food and drink. If I’m not filming I do love to do conventions and events and would love to do more. You need a ‘guest’? Gimme a call.

AM – Good site but what you do, bringing actors and fans together is really positive, it builds bridges and breaks down barriers. I like the fact that fans get a real insight into the working process of actors and filmmakers. The more the better and thank you for contributing to that.

Lightsabre – It’s been a great interview, and thanks for being our guest on Lightsabre. Just one final question. You are sitting in a dentists waiting room with your two fellow Rebel Pilots Porkins and Biggs Darklighter. A very attractive nurse opens the door and asks for the next patient to step inside. But one of you elects to go in first. Which one, and why?

AM – OK, here’s the deal: Porkins (god bless him!) would be too slow out of the chair, Biggs would sit there and give it some thought whereas Dutch, hey, Dutch would be outta that seat in a flash! They wouldn’t see me for (space) dust!

Thanks guys, and all the best to everyone at Lightsabre!!

This interview originally posted at www.lightsabre.co.uk on 4th May 2008.