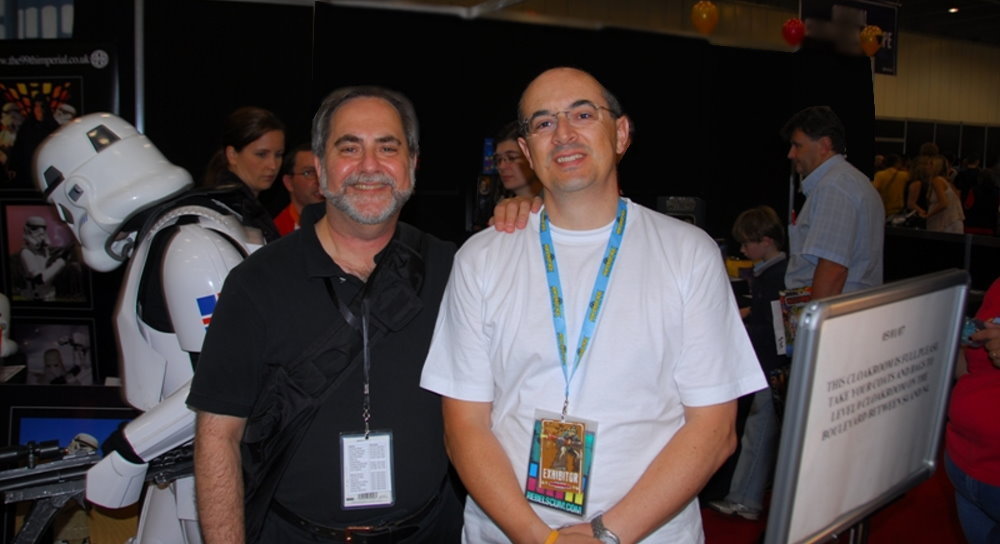 Between 1999 and 2009 Lightsabre.co.uk brought news, fanfic, podcasts and much, much more to the masses. Our one hundred and second guest was the webmaster of Star Wars Club Portugal –  Jose Fiuza.

HF – Thank you, Mark, for having me as part of the SWCP club. Appreciated. 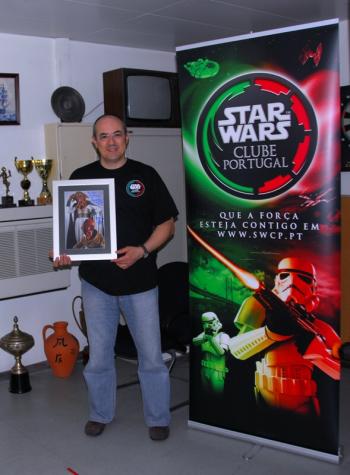 HF – It was a loooong time ago actually. I’m a “first generation” fan, as I was 18 when Star Wars premiered in Lisbon in December 1977. It was a ride I still vividly remember to this day and these past 30 (almost 31…) years have done nothing to diminish that passion I’ve since felt for the saga’s stories and its characters.

Lightsabre – Star Wars Club Portugal is one of your countries biggest Star Wars fansites. Tell a bit about how the site grew and developed to where it is today?

HF – I wouldn’t say we’re “biggest”. We’re simply the first legally recognised Star Wars club ever established in Portugal, which is quite different. We’re the very first to have taken that (bold) step in a long overdue side of Star Wars fandom in Europe’s “West Coast”. We’ve started from scratch and depend on no one but ourselves. Whatever the SWCP’s become in this past year has been totally up to its founders and members. It reflects our work and our individuality and I just hope that shows even more in our future enterprises. 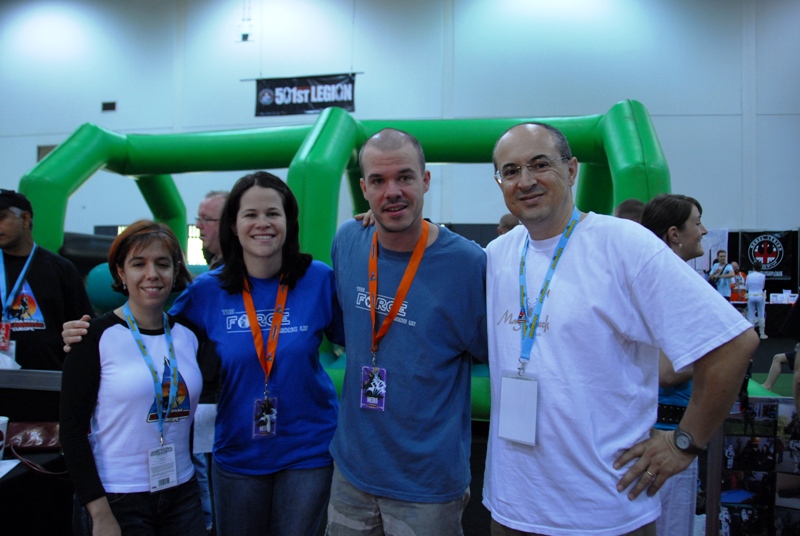 HF – That’s a tricky — and inevitable — question. One to which I have not one, but two answers to… The now named A New Hope will forever be in my heart, as it was the one that started it all. On the other hand, I can’t stop but feel a great joy in watching The Empire Strikes Back, as it was the one that brought to life my all time favourite character of all — and one of my main collecting objectives — Grand Jedi Master Yoda. That and a much more intense story, with richer characters and character driven action, not forgetting the (shocking!) revelation of Luke Skywalker’s ancestry, the introduction of all the Bounty Hunters, Jabba (and Twi’leks…). I could go on…

Lightsabre – You also work for Rebelscum. How interesting a position is that?

HF – While I was still a staff member of now defunct Belgian BeJedi website, it was an honour to have been invited in late 2004 (BeJedi’s last moments in life) by Jeremy Beckett to be a part of that great team of committed people who daily bring collectors and fans one of the best Star Wars websites around, and to be able to contribute with my work there, especially when you consider Portugal’s so far small(-ish) role in the saga’s scene (another reason that got me into starting a fan club in 2007, after a 30 year “silence” in this regard, by the way). Rebelscum is also a school of sorts, one that has taught me a lot of what I know and am today as a collector and fan, and one through which I’ve come across, and become friends with, a lot of interesting people. Everyone should visit us often. :0) 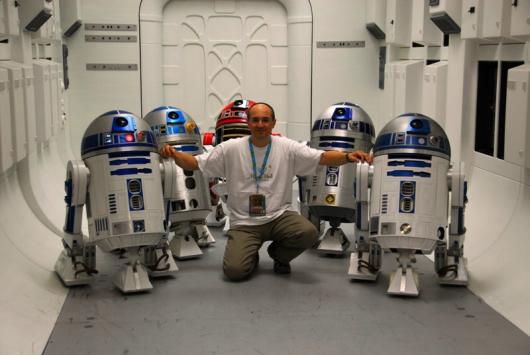 HF – Of course! The very first, as I’ve said before, was watching “Episode IV” and the most recent was Celebration Europe. But the one single memory (but I wouldn’t technically call it that) is the fact that Star Wars (and I repeat that) has fostered many new acquaintances and friends in places I wouldn’t have imagined I would otherwise. Star Wars is much more than a community, it’s a family you depend on, it’s all the people you go into one room with and like they’re the same as you and feel the same as you do. My other great memory is also from 2007 and it’s the moment I decided to start a club with some friends. This one I’ll also take to the grave with me. My latest memory has got to be the invitation our club received from Ates, our Turkish friend, to join him and the other (then) four members of the S.W.O.R.A., Star Wars Outer Rim Alliance of clubs from Poland, Belgium and New Zealand. It’s another honour for us as a community in Portugal. :0) 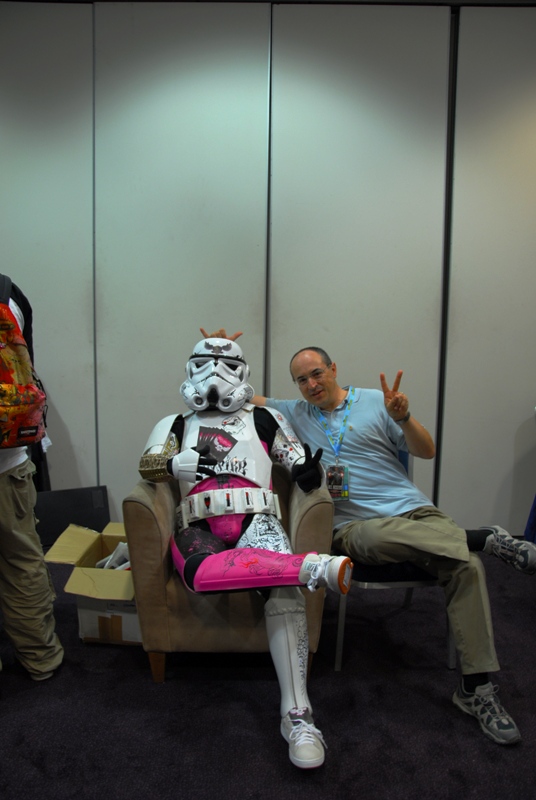 HF – Yoda, hands down. I’ve always liked great people who present themselves humbly and don’t brag about what they are (not), but somehow manage to convey great wisdom and control of themselves. Small but BIG in a lot of ways! :0)

HF – Even more modifications??? (I’m joking, George Lucas). Who am I to alter someone else’s (amazing) work? Anyway, If George Lucas were to have had the crazy idea of inviting me to further change some of his movies, I would start with the Original Trilogy and replace those Ewoks with some other plot-filling story (sorry guys, you all who played them in Ep. VI; nothing personal!). On the Prequel Trilogy I would certainly (on Episode I) tone down … (I can hardly speak his name) Jar-Jar Binks and his fellow Gungans and maybe cut the speeder race sequences shorter. There would certainly be more to be said about Jedi in this era. On Episode II I would further concentrate in the Clone Wars side of the story (remember? It’s the movie’s name), because not only of the technical advances that would have allowed for it. I would have concentrated on the military and planetary aspects and consequences thereof. Of course, I say this because, besides Yoda, I’m also a huge Clone fan and collector… 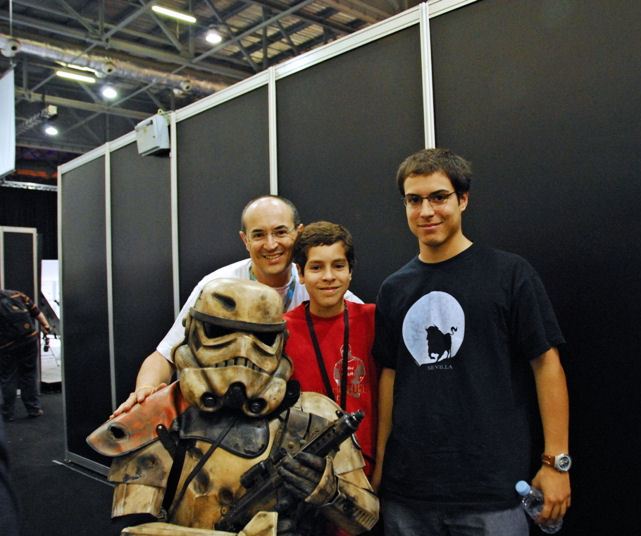 HF – Phew… maybe too many to mention here! Let’s see (besides my family): sea kayaking, all-terrain vehicles (off-roading), aviation (my other passion).

Lightsabre – The television era of Star Wars starts in the autumn of 2008 with the Clone Wars and in 2009 with the live action show. What are your hopes for the shows?

HF – As a fan I can’t wait for anything Star Wars. And not only those you mention, but also the high hopes everyone has for the The Force Unleashed project. From what we’ve so far seen from The Clone Wars, this goes in place with what I’ve said above about Episode II. NOW we’re finally going to see some “real” Clone Wars. Can’t wait for them, and they’re six years overdue. Lucas Animation have done such a great work on the animated series. It’s impossible for it not to be yet another great success (and I mean among ‘everybody’, not just us fans). As for the live-action TV series, ask me again, when we’re shown more than we have so far, OK? ;0)

Lightsabre – What do you foresee for Star Wars Club Portugal in the future? 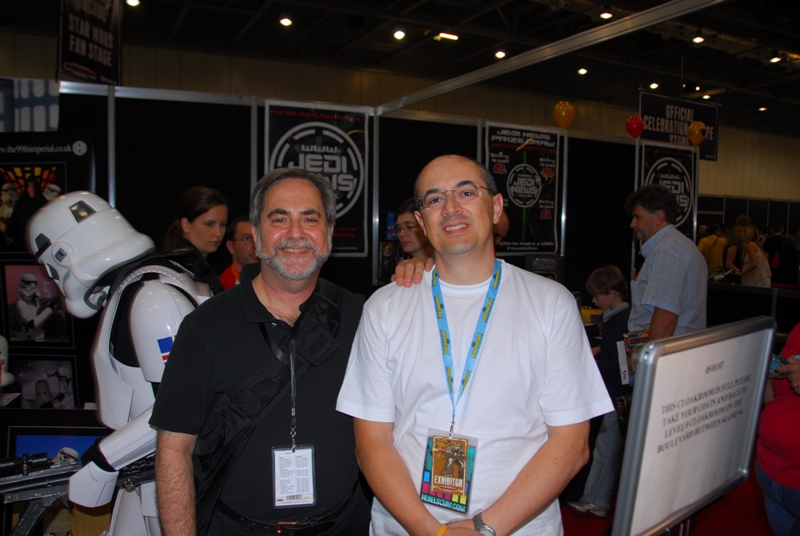 HF – I hope that what I ‘foresee’ will be the ‘reality’ for our SWCP club! First, I would like to see it expand as a community, to live long (am I allowed to say ‘and prosper’?), to be as original as possible to help host a real public event In Portugal and, second, to help expand the S.W.O.R.A., Star Wars Outer Rim Alliance of clubs.

HF – I’ve always enjoyed visiting you guys and read not only the great interviews you host but also the excellent and original fan fiction you share with fans, not forgetting your Setnin sector environment. By the way, you should pick up the Setnin Radio as we loved the format. Now that I mention it, I’ll repeat our club’s offer made to Lightsabre for a near future partnership in Portuguese.

Lightsabre – It’s been a great interview, and thanks for being our guest on Lightsabre. Just one final question. Jabba the Hutt has sent you out into the galaxy to bring back a lost and treasured artefact, a statue of the most beautiful Hutt female in history Ursula the Hutt. She was said to have had the face that launched a thousand Starships. You find it in a dusty cave far beneath the sands of Geonosis, but knowing it’s value do you:

– Sell it to Jabba at a vastly inflated price

HF – Yikes! Knowing Jabba as I do, I think I would go with the third option and just give the guy his precious statue and dash out to find something else interesting for myself that wouldn’t involve two Hutts…