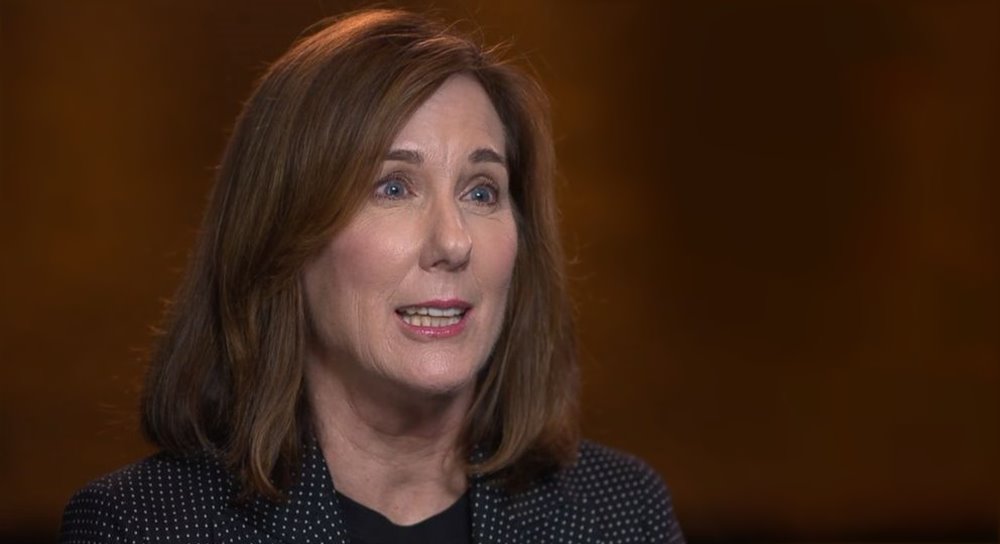 Kathleen Kennedy has had an incredible 12 months, being honoured with a Thalberg and a CBE, not to mention producing The Rise of Skywalker and The Mandalorian and now that is joined by a BAFTA Fellowship which she will be awarded with on 2nd February 2020.

The British Academy of Film and Television Arts will honour film producer Kathleen Kennedy with the Fellowship at the EE British Academy Film Awards on Sunday 2 February 2020.

Kathleen Kennedy said: “British filmmaking has always played a significant role in both my life and career. The boundless creative vision of artists such as Tom Stoppard, David Lean, Chris Nolan, Stephen Daldry and Peter Morgan continues to inspire me. The recent Star Wars movies – all shot on sound stages and locations across the UK – are just the latest opportunities that I’ve had the privilege to work with British crews and filmmakers, which began in 1980 with Raiders of the Lost Ark and continued with Temple of Doom, Empire of the Sun, Young Sherlock Holmes, War Horse, The Adventures of Tintin, and others. I am deeply honored to receive the Fellowship from BAFTA, and am incredibly thankful to have worked with so many talented members of our extended family in the British filmmaking community.” 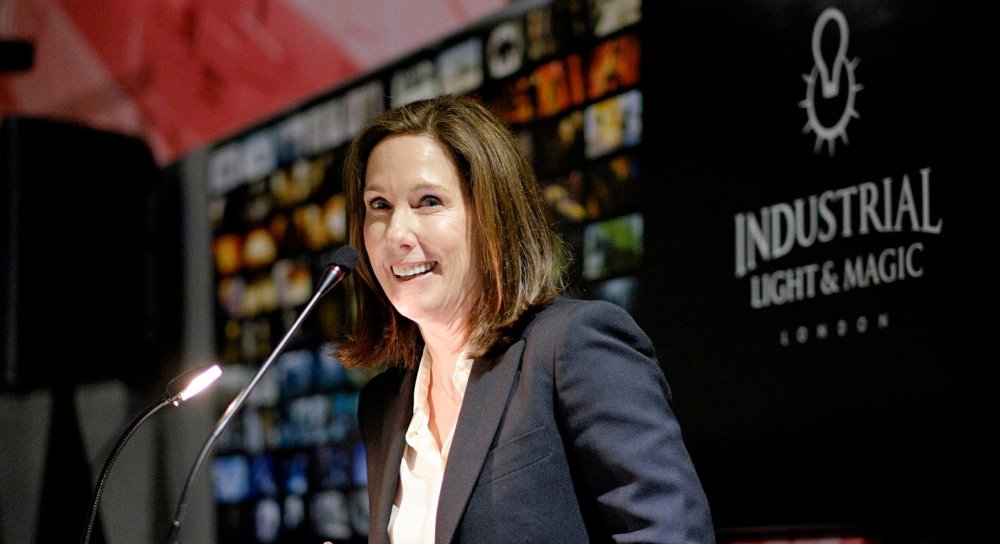 Born in Berkeley, California, Kennedy attended San Diego State University where she majored in telecommunications and film. In her final year, Kennedy gained employment at a local San Diego TV Station, taking on various roles before becoming a news production coordinator before moving to Los Angeles. Kennedy secured her first film production job working as an assistant to screenwriter John Milius, who at the time was executive producer of Steven Spielberg’s 1941. The introduction to Spielberg marks the beginning of an illustrious filmmaking partnership which culminated in Kennedy co-founding the production company Amblin Entertainment with Spielberg and Frank Marshall.

In 1992 Kennedy co-founded and headed The Kennedy/Marshall Company with husband Frank Marshall, while continuing her business relationship with Steven Spielberg, producing multi-award winning films including The Sixth Sense (1999), The Bourne Identity (2002), The Diving Bell and the Butterfly (2007), Persepolis (2007), The Curious Case of Benjamin Button (2008) and The Adventures of Tintin (2011).

In 2012 Kennedy stepped down from Kennedy/Marshall to become co-chair of Lucasfilm Ltd. before becoming its president.

As President of Lucasfilm, Kennedy oversees the company’s three divisions: Lucasfilm, Industrial Light & Magic and Skywalker Sound. She was the producer of Star Wars: The Force Awakens (2015), which broke the record for the biggest domestic opening of all time that year, and Rogue One: A Star Wars Story, the no. 1 grossing film in 2016. She went on to produce Star Wars: The Last Jedi (2017), the highest grossing film worldwide in 2017, as well as Solo: A Star Wars Story (2018). Kennedy is currently producing Star Wars: The Rise of Skywalker (2019) and is executive producing the live action Star Wars series for Disney+, The Mandalorian (2019).

Kennedy recently received the distinguished CBE award (Commander of the Most Excellent Order of the British Empire) and was elected Chair of the AFI Board of Trustees. Aside from her executive and producer roles, she was one of the founding council members of Hollywood Commission to Eliminate Sexual Harassment and Advance Equality and is currently on the board of the LA Promise Fund, Library of America and USC’s School of Cinematic Arts.

And don’t forget, she is also an Honorary Fantha Tracker. 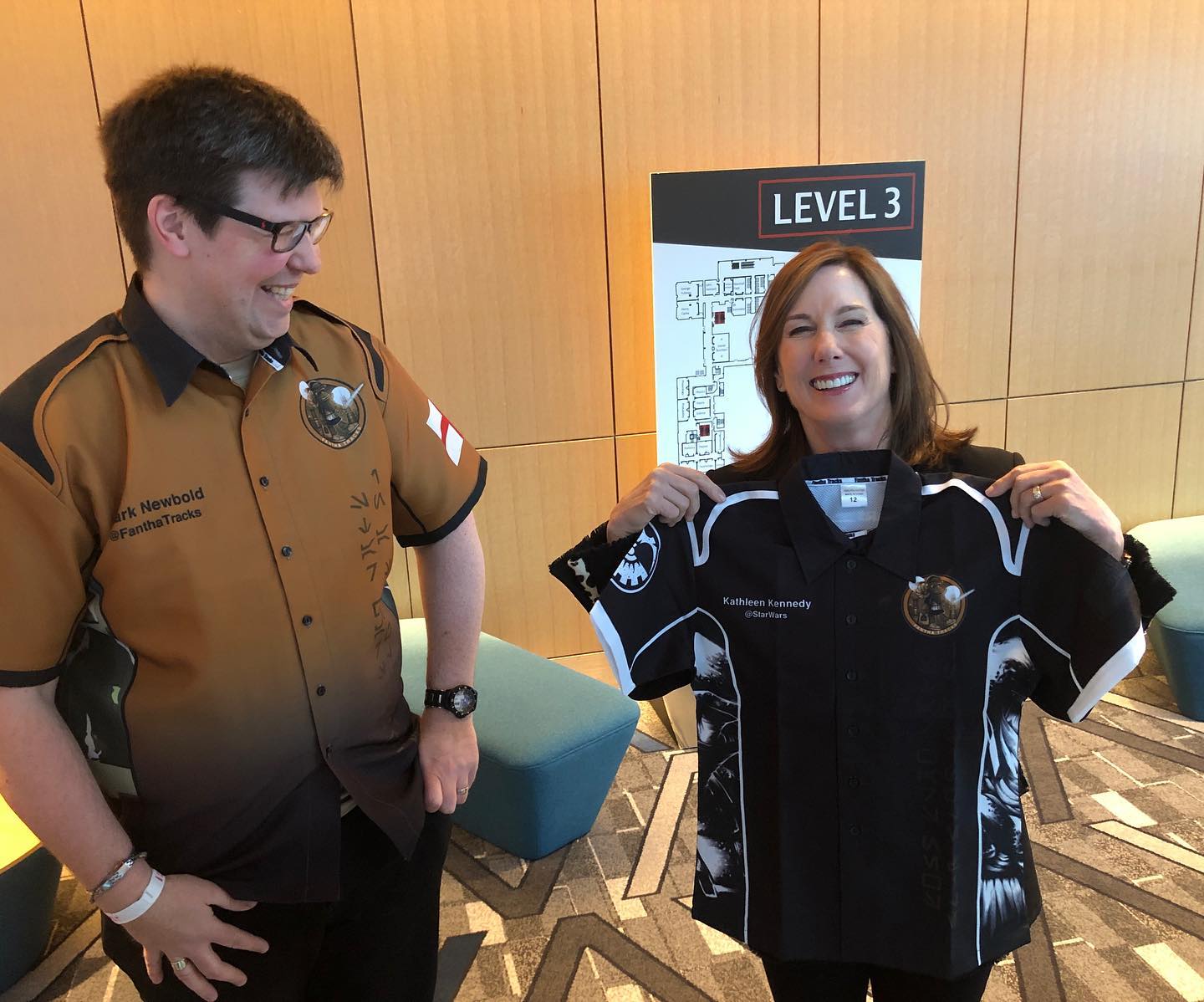 Kathleen Kennedy photographed at The Presidio

Kathleen Kennedy on the film that lit her fuse

Kathleen Kennedy on The Mandalorian: “It has all the DNA of what George was always interested in”

Kathleen Kennedy: “What happens in the future, and how much longer I do this?”