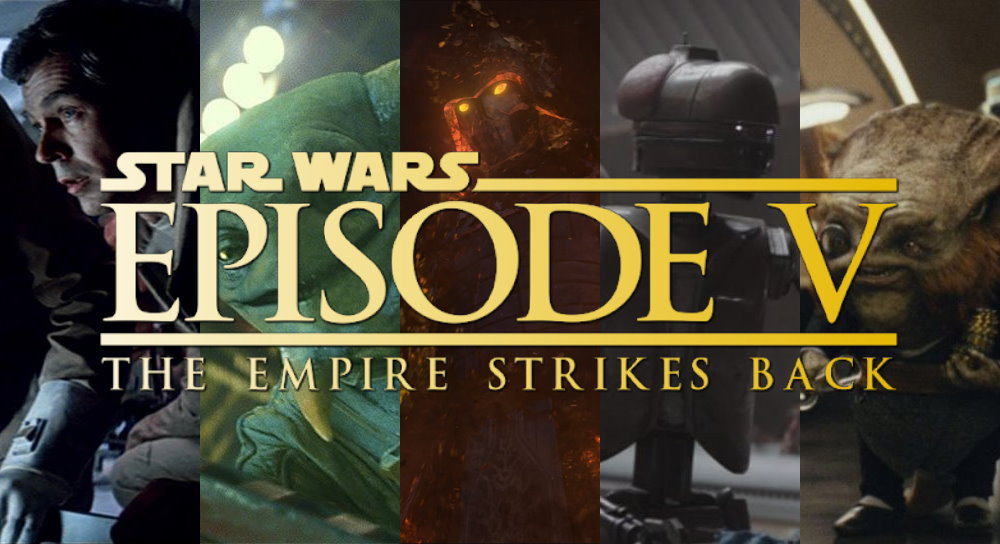 In our last article we mentioned briefly the many double roles that actors and actresses have played in The Empire Strikes Back. We however did not mentioned one of the lesser known double roles on purpose, because it really is staggering to realize how many characters Mark Hamill played in Star Wars beyond his role as Luke Skywalker.

Mark Hamill and his many roles 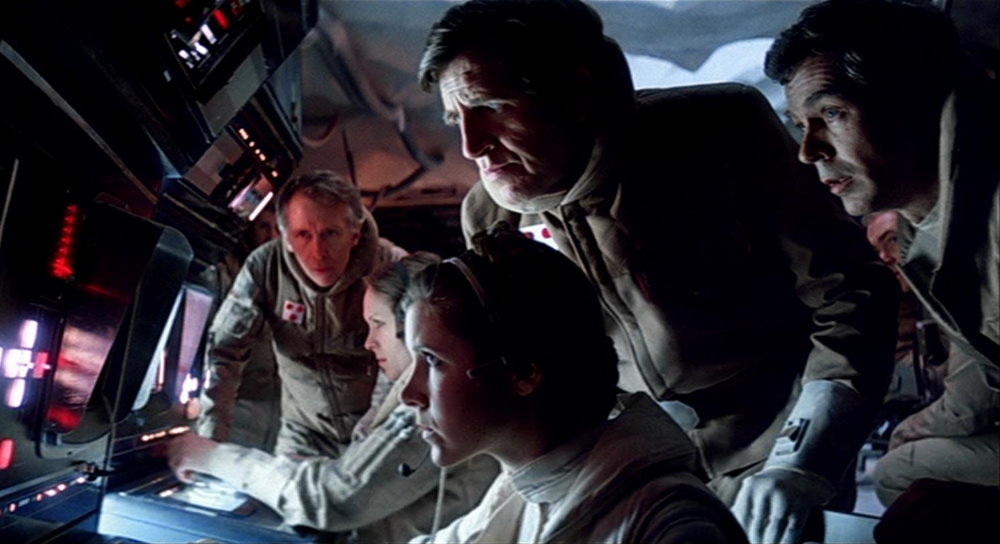 As said, he too did double-duty in The Empire Strikes Back. He was the Rebel commander whose voice can be heard on Hoth declaring that “the first transport got away!”. This Rebel commander is called Romas Navander and was played by the actor Burnell Tucker in the movie. In fact, Tucker also had multiple roles within Star Wars. In The Empire Strikes Back he was also the other Hoth Rebel Wyron Serper (the one who intercepts the probe droid’s transmission) and in A New Hope he was Del Goren, another Rebel communications expert, but this time on Yavin Four.

Reprising his role as Luke

It would take 31 years before Mark Hamill would return to Star Wars in a complete different role, but in those years after Return of the Jedi, he could not let Luke entirely go and reprised that role a couple of times. Most notably in the radio drama adaptations of A New Hope and The Empire Strikes Back (Joshua Fardon took over as Luke in the Return of the Jedi radio drama) and for a commercial to promote the first novel in the New Jedi Order series: Vector Prime, where he talks as an older Luke. Mark showed his funny side in a couple of Robot Chicken: Star Wars sketches and in The Muppets Show (episode 417) where Luke and the droids are searching for Chewbacca.

New canon work of Mark as Luke came in the episodes “The Path Ahead” and “Traps and Tribulations” of Star Wars: Forces of Destiny. 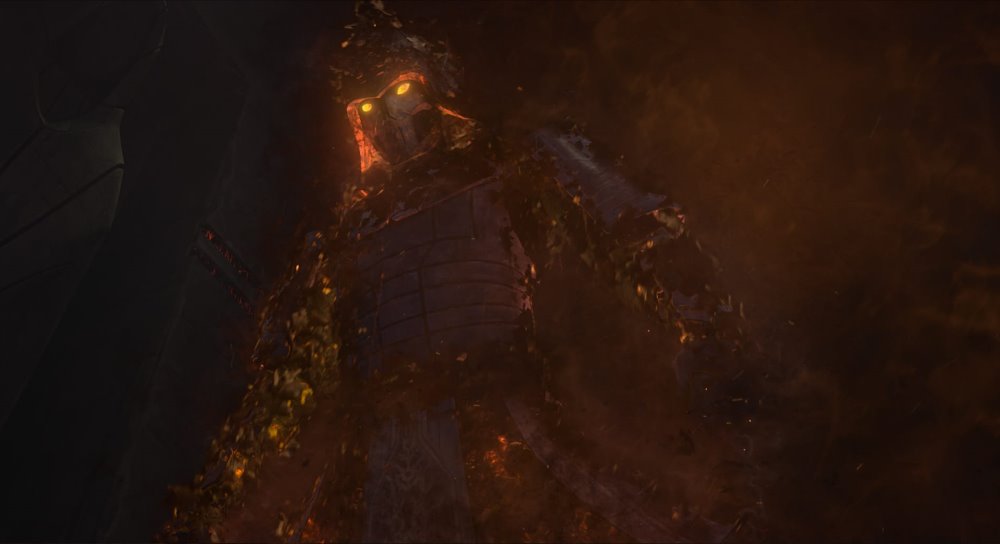 In many ways The Clone Wars episode “Sacrifice” (Season 6, Episode 13) was an important episode. It was at that time the last one to be released that was fully animated and finished, it featured many allusions and ties to the movies and it featured for the first time the Sith homeworld of Moraband, which till then we knew under the name Korriban. It is here that Yoda’s quest comes to an end with him having realized that the war may have been lost for the Jedi already and that there is an alternative for a victory in the long term over the Sith thanks to Qui-Gon Jinn and the Force Priestesses starting to teach him on how to become a Force Spirit.

It is on Moraband that Yoda comes across the spectre of Darth Bane, the Sith Lord who survived the Jedi-Sith War and started the Rule Of Two. This makes him one the most important Sith, who was also an original Lucas creation as he thought of Bane while working on The Phantom Menace. The novelization of Episode I used Bane’s backstory. With that in mind, it was even more shocking to realize who voiced the Sith Lord: Mark Hamill, the one who we always saw as the one who returned the Jedi to the galaxy. Mark Hamill, who played villains before as the Joker and Trickster, but now was also a villain in the worlds of Star Wars. 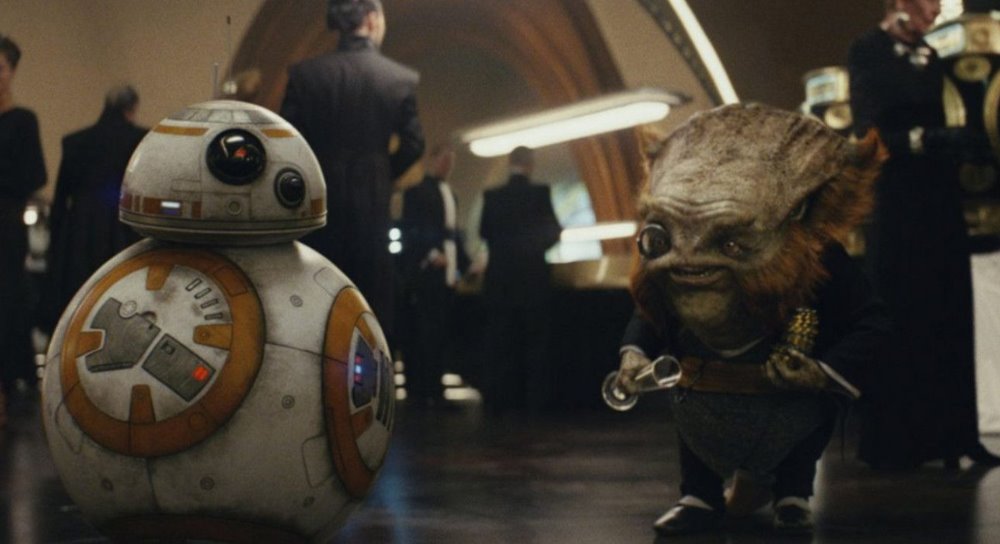 Talking about the Joker: its iconic laugh could have clued viewers in when they watched The Last Jedi. During the Fathier stampede there is a diminutive alien named Dobbu Scay, who is laughing maniacally due to the chaos surrounding him that has him suddenly sitting in the middle of many golden credits that has spilled out of the slot machines. Thinking this role would be nothing more than a fun little Easter Egg, Hamill also wore a full-motion capture suit to act out the movements for the little alien. The character’s name is an anagram of Bob Ducsay, who worked as the film editor on The Last Jedi.

The Rise Of Skywalker 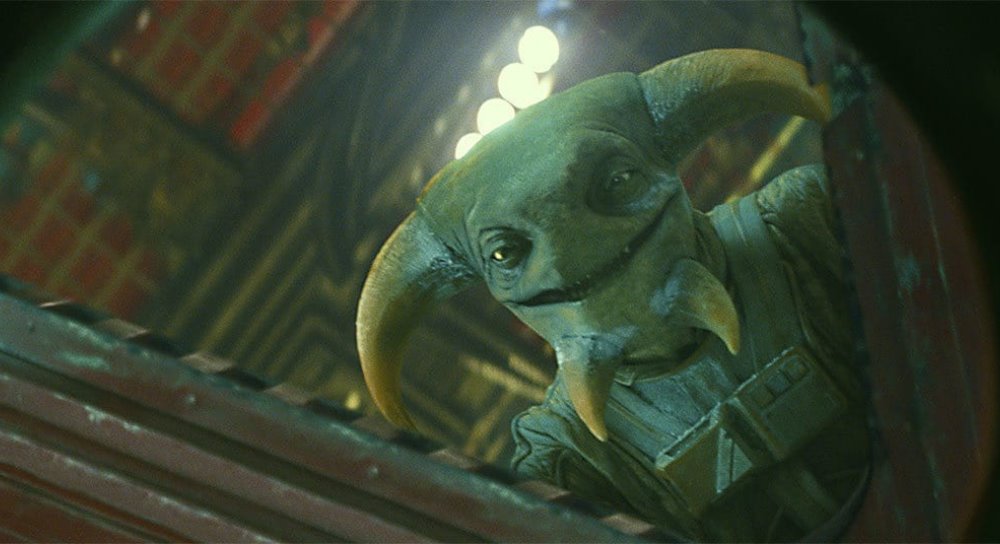 Mark Hamill’s last role in the movies, and so far in Star Wars in general as his role for The Mandalorian was recorded at an earlier time, was not just that of the Force Ghost appearance of Luke, but also of another masked alien: Boolio. It was Boolio that gave Finn the file that told them that there was a First Order spy and that Palpatine was indeed alive. Boolio ended up getting killed by Kylo Ren. Boolio was portrayed physically by creature performer Aidan Cook, but the voice was credited to Patrick Williams, which was a pseudonym of Mark Hamill. This is another in-joke, as the pseudonym refers to his two brothers William and Patrick. 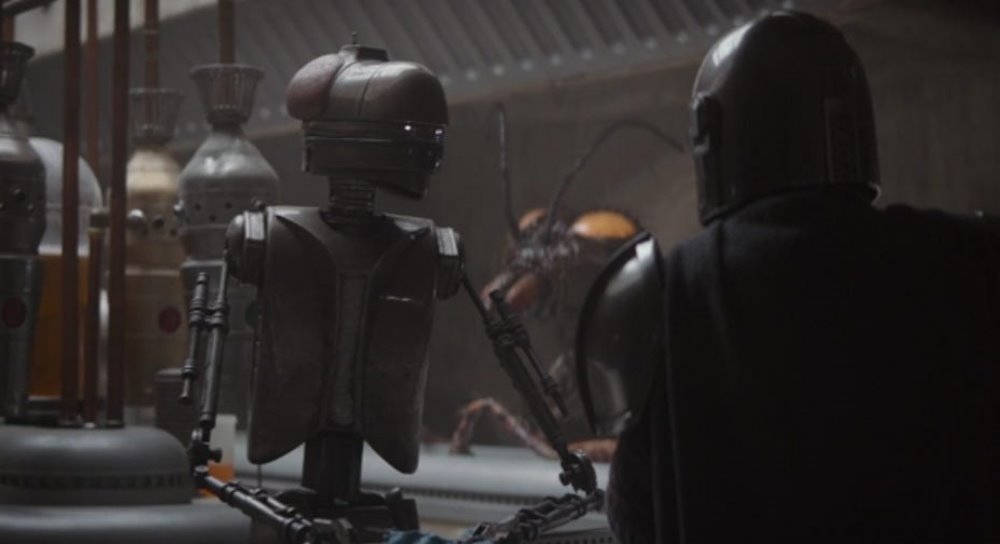 Designed to be a fun reversal of A New Hope in which the Cantina was off-limit to droids, by the time that the Mandalorian walks into the Cantina, it was run by droids. And not by just any droid either, Jabba’s former torture droid EV-9D9 found a new life as barkeeper. This information was revealed recently in episode 8 “Connections” of Disney Gallery: The Mandalorian, which not only revealed that it was the same droid, but also who voiced the droid: Mark Hamill. As the voice went uncredited it was not even something we could have guessed by looking for the now known pseudonyms of Hamill.

Solo and Rogue One

It was never about billing (L-#RogueOne R-#Solo) or salary. It was for fun & the fans & because I❤️#EasterEggs! I misremembered my pseudonym as "Patrick Williams"-It was actually "William M. Patrick" (for my older & younger brothers) I'm not telling what the M. stands for. #Guess pic.twitter.com/AOSdsdtD5a

When the news broke of his The Mandalorian cameo Mark Hamill replied to a Twitter question and revealed he also did some additional voices for Solo and Rogue One! He did not say which characters he played, and there are quite a few candidates in either movie, but he did say that his credited pseudonym this time around was William M. Patrick, again referring back to his two brothers and the M standing for his own first name.

And this means that Mark appears in nearly every movie and two TV series of Star Wars, with only the Prequels being devoid of Mark Hamill. However, even in the Prequels a Hamill can be found: his son Nathan Hamill appears in The Phantom Menace as a Naboo citizen named Rehtul Minnau. When Nathan returned in a cameo role for The Last Jedi, this cameo was linked to his previous one by naming his character Saile Minnau. While it has not been confirmed, it is Pablo Hidalgo’s opinion that Saile is the grandson of Rehtul.

And alongside Nathan in The Last Jedi are his other brother Griffin and sister Chelsea. Like Nathan, Griffin (Salaka Kuchimba) and Chelsea (Koo Millham) play Resistance soldiers on Crait.

Join us next time for another article to celebrate The Empire Strikes Back 40th Anniversary!

The Empire Strikes Back, returning to UK cinemas in 4k