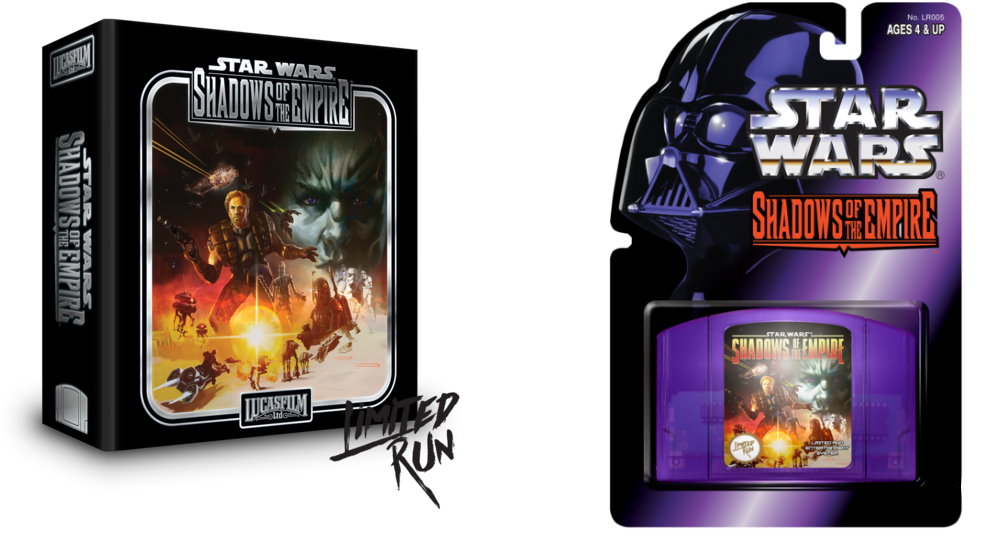 Here’s a look at the two available versions of Shadows of the Empire, from the Limited Run Games site. 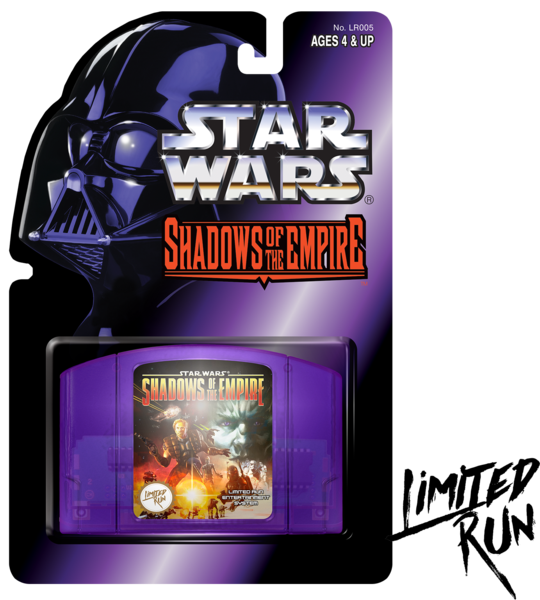 Shadows of the Empire on physical cartridge for the N64. This is a fully functional retro game that will work on your classic hardware! Limited to 3,000 copies available worldwide. Region Free!

This is the fifth release of our retro Lucasfilm “mint on sealed card” line-up. Each game has been blister packed to an authentic 9″ x 6″ card.

Each card will be equipped with a method for accessing the game without damaging the packaging – allowing you to play and display!

And the gorgeous deluxe edition. 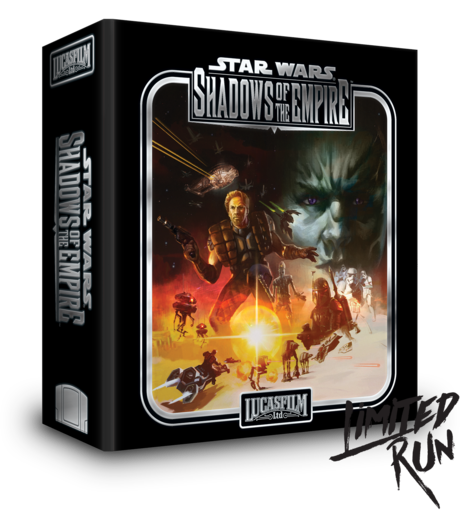 Shadows of the Empire on physical cartridge for the N64. This is a fully functional retro game that will work on your classic hardware! The Premium Edition is limited to just 2,000 copies available worldwide. Region Free!

Alex Kane over at StarWars.com caught up with Limited Games co-owner Josh Fairhurst to discuss these new released, starting off with Shadows of the Empire. 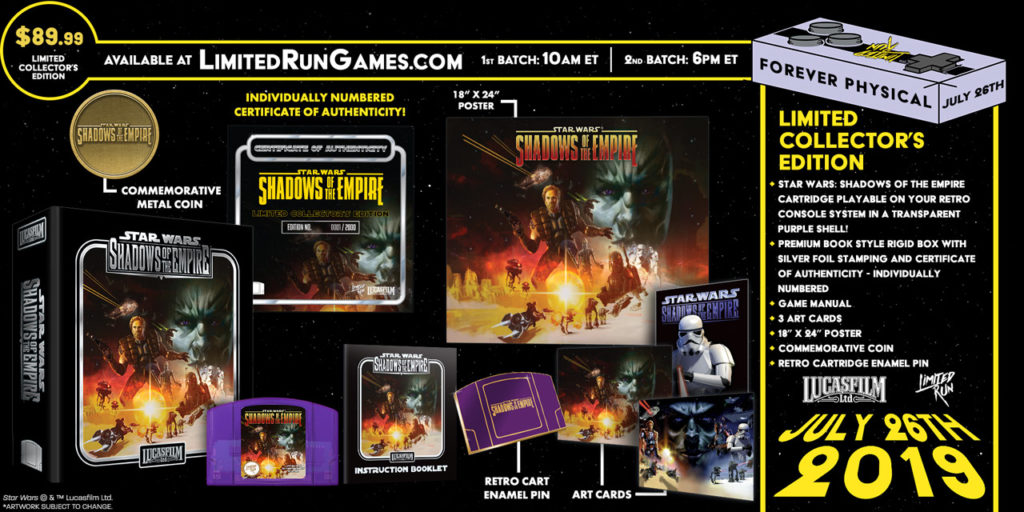 Josh Fairhurst: I’m probably not much older than you. I’m 32, so the N64 was a pretty big console for me. I could have played some of the older games, but my family never really had good computers, so every time I’d get a Star Wars game for PC expecting to be able to play, my computer would never run it. So Shadows of the Empire was my first time actually getting to play a fully 3D, real Star Wars game, and kind of getting engrossed in that universe in video-game form. Which was huge for me, as a fan of the movies.

I wasn’t very good at that game as a kid; I’m much better at it now. So most of my memories of Shadows of the Empire revolve around just playing that Hoth sequence over and over and over again, ’cause I was just miserably bad at any levels beyond that. But I loved going through Echo Base and taking down the AT-ATs. I have very fond memories of that game, because it was an early launch-window N64 title, and there weren’t a whole lot of games to play on the system at the time. I probably played that game for like a hundred hours.

Exploring the Shadows of the Empire enhanced CD soundtrack

Shadows of the Empire soundtrack to be released on vinyl

Shadows of the Empire easter egg in Star Wars #61?