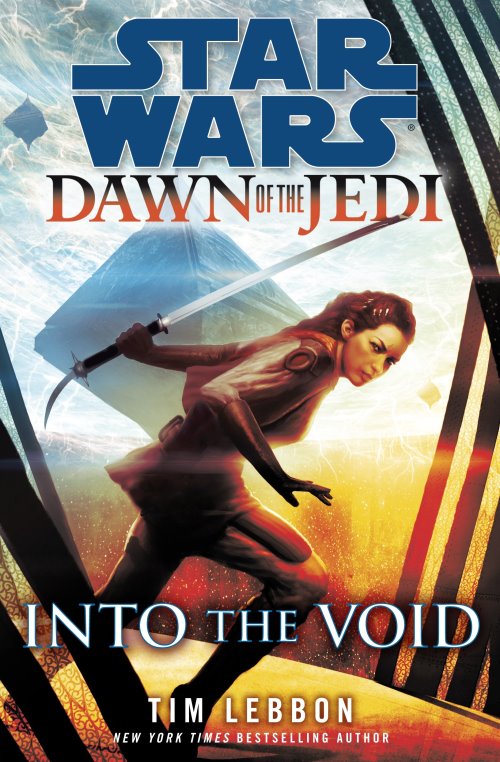 Star Wars: Dawn of the Jedi: Into the Void

On the planet Tython, the ancient Je’daii order was founded. And at the feet of its wise Masters, Lanoree Brock learned the mysteries and methods of the Force—and found her calling as one of its most powerful disciples. But as strongly as the Force flowed within Lanoree and her parents, it remained absent in her brother, who grew to despise and shun the Je’daii, and whose training in its ancient ways ended in tragedy.

Now, from her solitary life as a Ranger keeping order across the galaxy, Lanoree has been summoned by the Je’daii Council on a matter of utmost urgency. The leader of a fanatical cult, obsessed with traveling beyond the reaches of known space, is bent on opening a cosmic gateway using dreaded dark matter as the key—risking a cataclysmic reaction that will consume the entire star system. But more shocking to Lanoree than even the prospect of total galactic annihilation, is the decision of her Je’daii Masters to task her with the mission of preventing it. Until a staggering revelation makes clear why she was chosen: The brilliant, dangerous madman she must track down and stop at any cost is the brother whose death she has long grieved—and whose life she must now fear.

While I am no expert on this era of Star Wars history that keeps growing and expanding, I’m more than happy to say that this excursion into the depths of the galaxy’s past was an enjoyable one. This well written novel didn’t require that I be overly familiar with the source material. Indeed, it invited me into the era with solid explanations of what was going on and soon it felt very much like I was in a familiar era, albeit it one with antiquated technology and a very different political scene, so kudos to Tim Lebbon for that.

The tale is set 25,000 years prior to the familiar era of Star Wars and follows Je’daii Ranger Lanoree Brock as she attempts to stop a hypergate from being opened and destroy the entire Tython star system. The stakes at play are huge and as if Brock didn’t have enough pressure on her shoulders it’s revealed by the Je’daii Council that the man she is hunting is believed to be her long-lost brother Dalien Brock, a man who was so adverse to the training of the Je’daii that he faked his own death years before and disappeared. 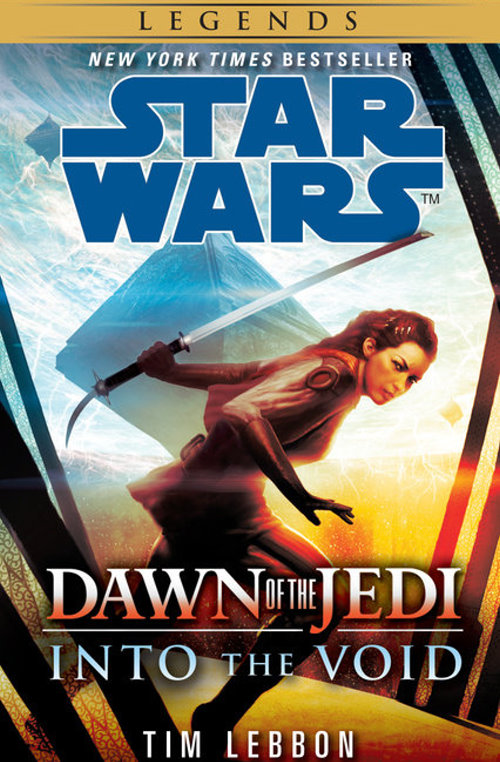 The relationship between Brock and Dalien is a central pillar of the book and is well observed, and has been noted in other reviews it’s a refreshing change to see that the central relationship of the female protagonist isn’t a romantic one but a familial one. Hats off for not taking the easy option there. The cast of the novel is small and allows for those characters to breathe and become well-rounded individuals, which in an era largely unfamiliar to the reader is a great help. And the era itself is one of discovery as the galaxy expands, hyperspace routes are set and societies grow. The training methods of the Je’daii are different, as is their technology and the span of 25 millennia is clear to see, but it’s always evident that this is the Star Wars galaxy we know and love, just viewed through the mists of time.

Lanoree is aided in her mission by the Twi’lek Tre Sana, a character who readers will likely want to learn more about as time goes on, and her brother Dalien is a fresh take on the classic Star Wars bad guy. His absolute distaste for the force marks him out as being a unique villain and seeing him in both the current story and the flashbacks (written in past and current tense to differentiate) shows his own journey very well.

There are some curiosities in there that raise the occasional eyebrow, including the appearance of the Noghri from the Zahn trilogy and Lanoree’s usage of what we perceive to be sith magics, but this is another time and the galaxy has yet to settle into familiar tropes. I’m hoping for an announcement of a sequel to Dawn of the Jedi: Into the Void and the chance to follow up on some of the ideas, concepts and storylines set into play here. And the comic insert in the centre of the book? A great idea that was started by Knight Errant and should continue in novels that crossover so closely with Dark Horse titles. A good solid start.

Into the Void: Star Wars Legends (Dawn of the Jedi) (Star Wars: Dawn of the Jedi - Legends)
$6.99
Buy on Amazon This is a paid link. Learn More. Clicking the link may take you to the Amazon store servicing your country Price incl. tax, excl. shipping.  Details correct as at: 2021-04-17