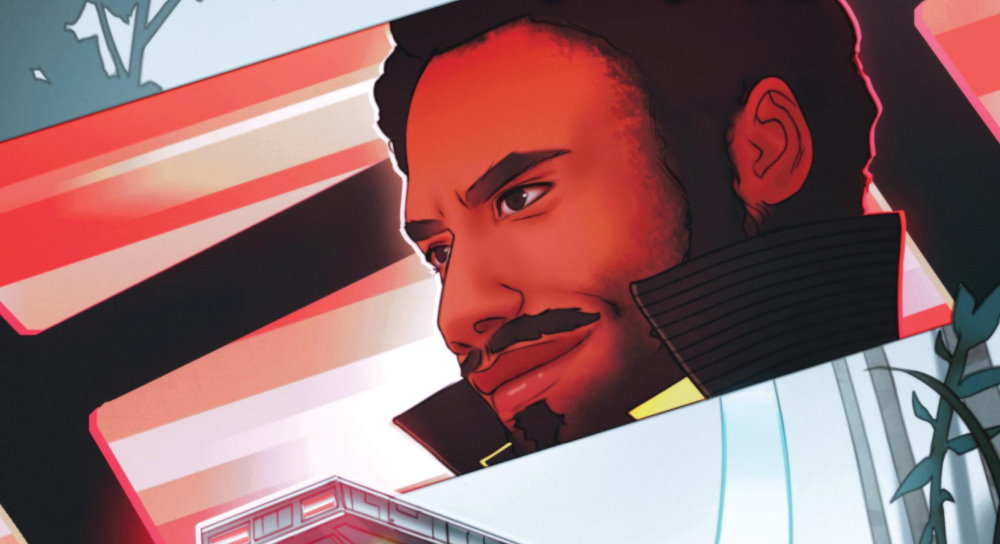 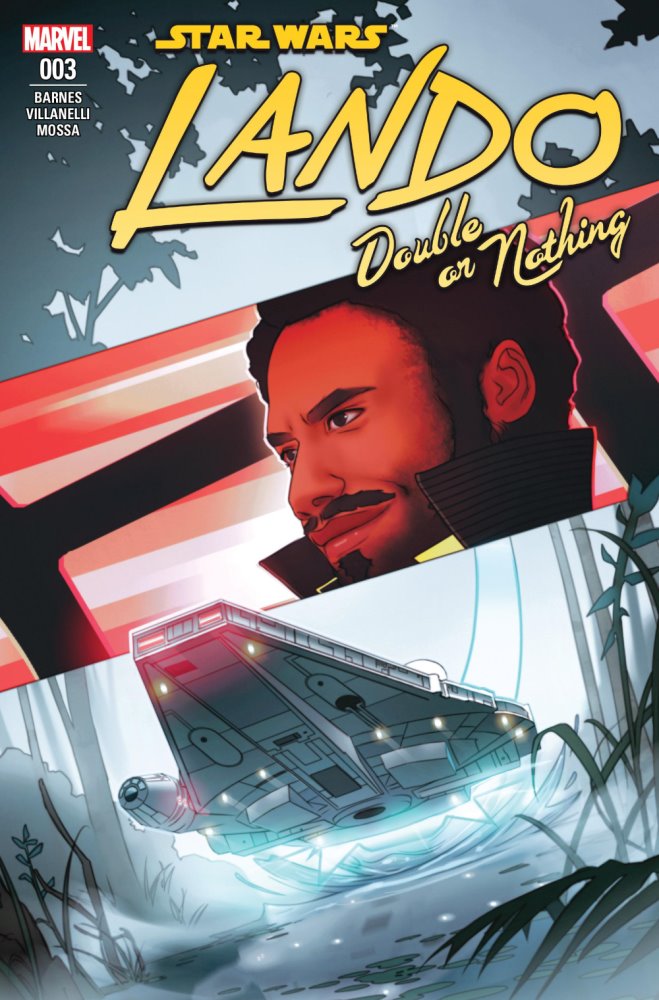 Star Wars Lando – Double or Nothing #3

LANDO Double or Nothing PART III

With larger-than-life debts to pay, Lando has taken a job from a Petrusian freedom fighter named Kristiss to smuggle weapons to her people enslaved by the Empire within droid repair camps on Kullgroon.

But Kristiss has been captured by Imperials while she and Lando’s droid companion, L3-37, were separately searching for a safe way into the camp. And Lando is now a prisoner of the outlaws of Kullgroon’s wastelands! Looks like Lando’s luck is about to run out….

Trapped in the wastelands of Kullgroon with a hoard of angry underworld types, Lando can rarely have been in stickier situations but thankfully for him, his smart-talking mouth and the help of L3-37 is enough to get him out of a hole. How he does so is a mixed bag of luck and skill, but right now there’s little doubt Lando would take that any day.

The third issue of Double or Nothing continues with the pacing of the second issue, with not too much happening – Lando captured and escaping, L3 dreams of revolt – but it’s Kristiss who makes the biggest move, finding her father and her people, so beaten and downtrodden that they can’t find the energy to fight anymore.

There’s an odd exchange between Lando and L3 as Calrissian forces his way out of the facility via taking down a droid (admittedly in a repair facility, so the droid has a fighting chance of making a full recovery) which leads to a conversation between L3 and Lando which needs reading a couple of times. Solo: A Star Wars Story gave us the tale of L3, and her incorporation into the Millennium Falcon, a plot thread that was either read within the realms of Star Wars in-universe logic or taken as a real world analogy. As the latter, it’s a clear mirror to racism and slavery, an entire section of society living under different rules than others while in the realms of the in-universe Star Wars story there’s a different meaning, where droids are manufactured to serve and their ‘sentience’ is an interface for the user (an organic) to easily interact with the AI of the droid. Over centuries of construction these droids have finessed and developed to a point where many achieve a ‘life’ (or as much of a life as you can have with restraining bolts and an easily locatable off-switch) like C-3PO or R2-D2 – valued members of a society, and beyond that to L3-37 who has grown to demand self-determination of her own. While handled clumsily here, the intent and meaning is clear; she considers herself an equal to Lando, and Calrissian doesn’t argue (too much) with that belief.

The final pages with Lando fighting off four clearly more powerful adversaries is another example of showing well-known characters in a light we never saw them in the films. Lando can clearly handle himself in a fight no doubt, but to take on four combatants in a gladiatorial arena like this just sits wrong, in much the same way that Leia is presented as a one woman army corp in modern media when little hinted at that in the original trilogy beyond her skills with a blaster and her sharp tongue.

The issue is well drawn by Paolo Villanelli, but huge applause must go out to cover artist W. Scott Forbes. As with the previous 2 issues, the covers are glorious.

As the issue ends with a well-timed L3 rescue in the Falcon and evading giant indigenous creatures, the mind can’t help but throw back to the Lando Calrissian trilogy of books where his sentient droid companion Vuffi Raa sat alongside him as they flew beside the enormous Oswaft. There, Lando and his droid companion fought to protect the massive indigenous species, but here his immediate instinct is to kill it. Another galaxy, another time but this version of Lando – a self-involved, self-congratulatory parody of the smooth operator we know from the movies – rings hollow when in the post-Solo era he really should shine.