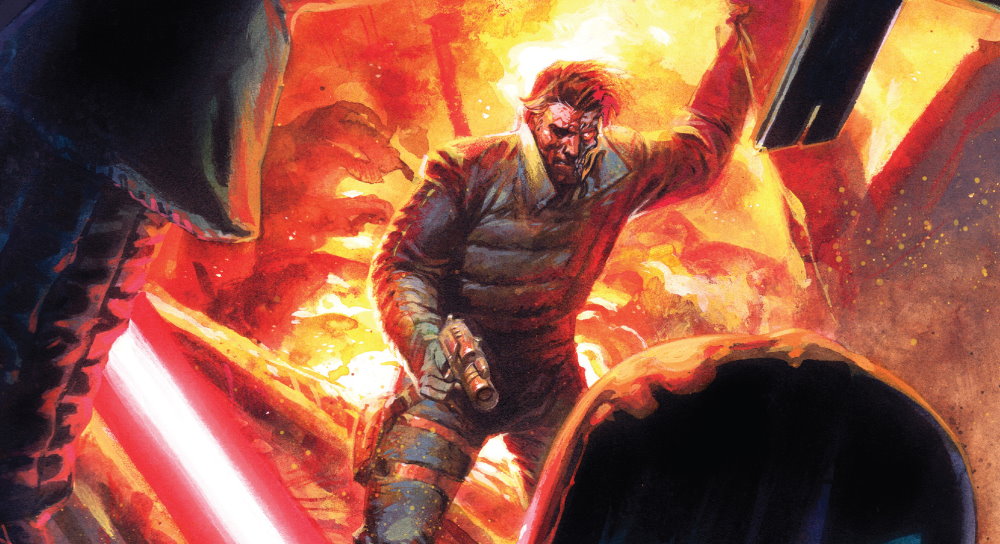 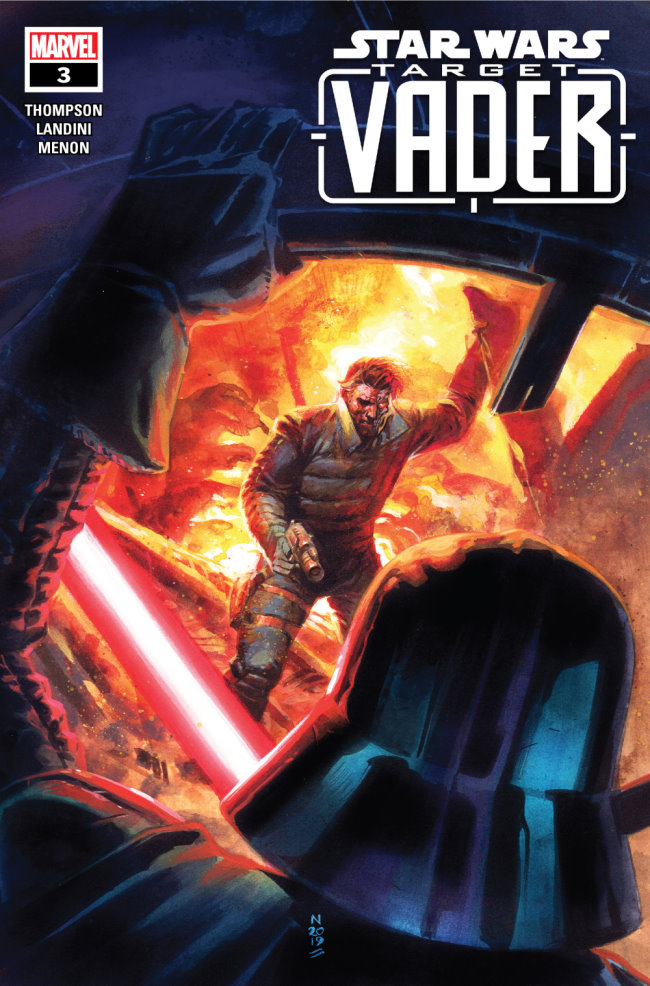 With the power of the dark side of the Force and the might of the Empire, Darth Vader is the most dangerous being in the galaxy. But he is not without challengers.

The cyborg Beilert Valance, along with fellow with bounty hunters Honnah, Urrr’k, Chio Fan [sic] and Dengar have been contracted by the mysterious organization the Hidden Hand to achieve one goal: Kill Vader.

Vader will stop at nothing to crush the Hidden Hand and eliminate the bounty hunters on his trail. But he may have finally met his match in Valance, who has planned a deadly trap for the Dark Lord….

This shouldn’t work, it really shouldn’t. Halfway through this 6 part mini series and we know – we know – that Valance will fail, he won’t kill Darth Vader. Usually that would render a story fangless, but for some reason this tale of bounty hunters on the hunt for the biggest fish in the galaxy is absolutely enthralling.

The plot of issue three is simple; get Vader out of the air and on the ground into a designated kill zone so Valance and his motley crew can finish the job, and the issue wastes no time in framing that, laying it out and developing it as the 23 pages flash by. This is no simple task. The story proper starts on the green plains of Heva, a Hidden Hand outpost replete with unused bot drones, an integral part of Valance’s plan. A tech solution seems insufficient against the might of Vader, as the prologue shows. Flashing back to the era of the Han Solo: Imperial Cadet days we see Valance cornered by the enemy and a dramatic entrance from Vader as he dispatches his opposition and orders his troops to rise, ‘the Empire marches on‘. 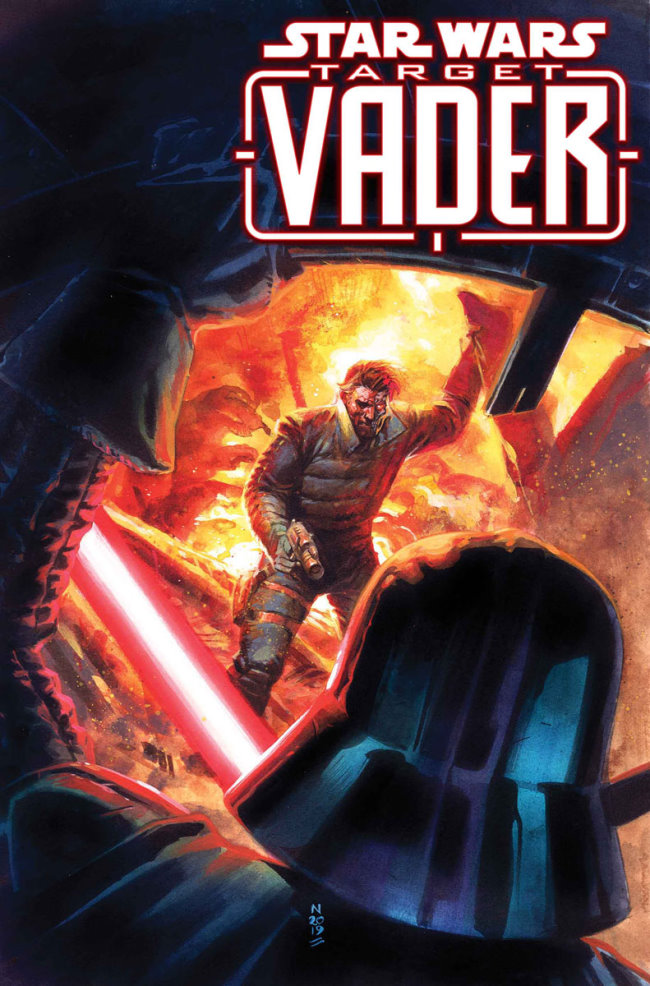 It’s oddly inspiring, this black clad warrior of the sith making what would appear to be a heroic save but it also shows us an element of Anakin that remains in Vader. Anakin fought for his 501st, led from the front, made reckless moves to save his men and while Vader clearly didn’t see his troops in the same light as his earlier self (they were never known as Skywalkers Fist), he understood the importance of iconography and legend. Among his soldiers he was a demigod, a general who fought alongside the troops, the first through the door when insurrection sparked. Valance has seen that first-hand, and Vader never forgets. While we don’t know the further details of their beef, it’s clearly evident – this is personal.

There are intriguing snippets, things said that make all the sense once vocalised. The Tusken Urrr’k is called out by Valance; Sand People don’t leave Tatooine, so therefore he can’t be a real Tusken, a plot thread to be resolved later. There’s an inference that the Rebellion have plenty of credits to hire bounty hunters, an interesting tweak on what we may have previously understood. It’s not that the Alliance doesn’t have funds, stretched though they are. It’s that no one is brave enough to trade and deal with them. A free galaxy may seem appealing, but with a propaganda machine like the one the Empire employs, freedom comes under many guises.

As Vader’s Star Destroyer is stricken by the bot drones and Vader takes down Valance’s ship, walking into that kill zone the issue ends, another superb issue crafted by writer Robbie Thompson and artist Stefano Landini who really capture the spirit of this wild (space) bunch as they attempt to take down the dark lord of the sith. Fingers crossed the second half of the mini series is as satisfying as the first, because so far this is top tier Star Wars action.