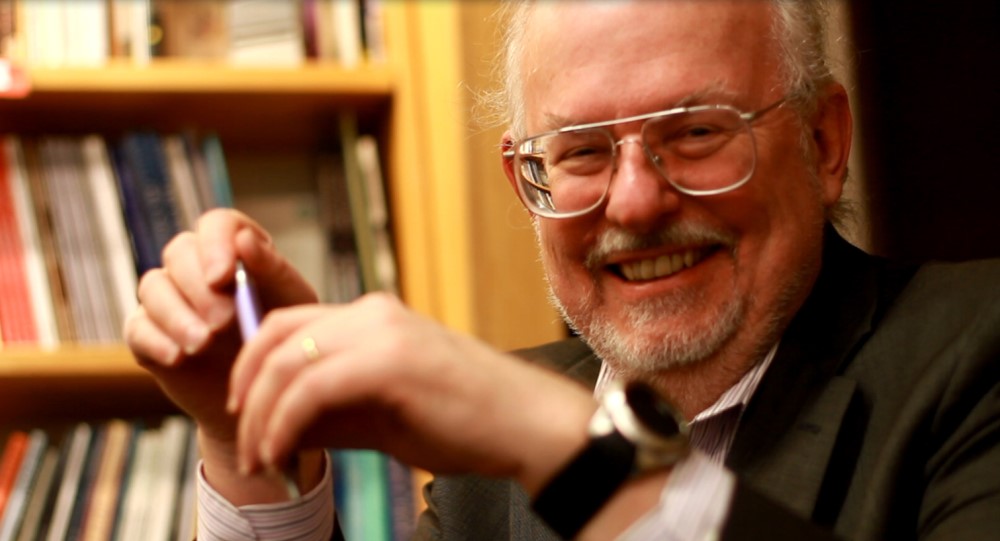 Between 1999 and 2009 Lightsabre.co.uk brought news, fanfic, podcasts and much, much more to the masses. Our fifth guest was a true rogue of the Star Wars story – Greg Bear.

GB – Almost too many to list. Certainly H.G. Wells and Verne and Burroughs….the Tom Swift Jr. books when I was eight years old, Robert Heinlein’s Red Planet when I was nine, Ray Bradbury, Arthur C. Clarke, Isaac Asimov, and Poul Anderson in my early teen years….Later, Nikos Kazantzakis and James Joyce and Joseph Conrad, Olaf Stapledon, and on and on.

Lightsabre – How did you get into writing science fiction, and why this particular genre?

GB – I began writing SF and fantasy when I was eight. I was chiefly influenced by movies and the few books I could find (bookstores being rather rare where I was living at the time, Kodiak, Alaska, for example.) But I think I had the bent for SF from the very beginning. It was simply the most interesting stuff on Earth, or off.

Lightsabre – Rogue Planet was the first novel to detail the further adventures of Obi-wan and Anakin after The Phantom Menace. Did you find this daunting, especially considering that fans of the movie would be crying out for some kind of continuation to tide them over until Attack of the Clones?

GB – Not at all daunting. As the father of a headstrong teenage son, I sort of knew what had to happen between Obi-Wan and Anakin in the early stages. The tragedy comes from anticipating what will happen in Episodes 2 and 3. Lucasfilm’s Sue Rostoni and Del Rey’s Shelly Shapiro were very easy to work with, and very supportive. At no point were there any major hitches. (And I’m hoping, of course, that my son Erik does not turn into Darth Vader!).

Lightsabre – In your opinion, what makes for a good book?

GB – Wonderful or awful things happen, sometimes in combination, and people grow. Books reflect a limited, dreamlike view of life–even the most realistic of novels–and must be adjusted accordingly. A Star Wars story is propelled by strong and compelling characters engaged in broad sweeps of action and emotion, rather like a combination of a Samurai movie and King Arthur, with technical trappings.

Lightsabre – Which other writers, sci-fi or otherwise, inspire you the most?

GB – See my answer, above! I’d also add fifty or sixty others, but it would take hours and many sweeps through my library.

Lightsabre – How large and important a part does the Internet play in the modern day world, in relation to books?

GB – It’s going to play an increasingly important part, as soon as some company or other delivers the “must-have” e-books reader. They’re right on the horizon now, maybe next year.

GB – I don’t pick favorites. Each has its strengths. If I’m forced to choose, it would be the original–the first–simply because of the surprise factor, the recognition, back in 1977, that somebody had finally done space opera in film, and done it lovingly, and right

Lightsabre – Do you have any new Star Wars projects lined up?

GB – No more media tie-ins for the time being. I have many more books to write–including Darwin’s Children, the sequel to my best-selling book so far (except for Rogue Planet, which I have to share credit for)–Darwin’s Radio.

Lightsabre – What do you foresee in the future for yourself outside of the Star Wars universe? After the Hugo and the Nebula, what’s left?

GB – Awards are fine, and I have my share, but finding new audiences and giving them experiences they’ve never had before–in the safety of their armchairs–is the most fun of all. Audiences are tough to reach and to maintain, and that challenge–to surprise and entertain–is all the world to me, creatively speaking.

Lightsabre – What surprises are you anticipating when Attack of the Clones arrives on Thursday May 16th 2002?

GB – I haven’t the foggiest idea. By the end of Episode III, however, we’ll probably discover that Anakin Skywalker’s least favourite style of cooking is Fondue.

GB – Just keep doing what you love. Whether you succeed or fail, you’ll know you did your best

Lightsabre – And finally, the most important question. Darth Vader, Yoda, Watto and Jar Jar Binks are on an aeroplane. They are heading to a Sci-Fi convention in New Jersey when all of a sudden a huge explosion rips through the fuselage – they’ve been hit by lightning and the plane’s about to crash! The bad news is there are only three parachutes. Who stays behind, and why?

GB – Yoda and Jar-Jar link ears and save them all.

This interview was originally posted on lightsabre.co.uk on 23rd December 2000.