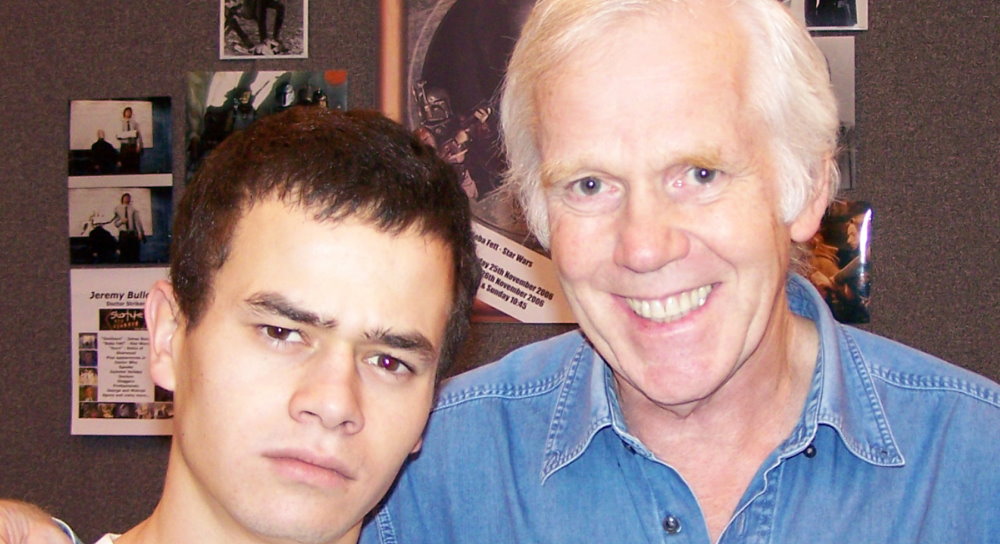 Between 1999 and 2009 Lightsabre.co.uk brought news, fanfic, podcasts and much, much more to the masses. Our eighty-first guests both portrayed the fearsome bounty hunter Boba Fett, one in The Empire Strikes Back and Return of the Jedi and the other in Attack of the Clones – Jeremy Bulloch and Daniel Logan.

Lightsabre – What is it like portraying the coolest character in sci-fi?

JB – Well, sometimes if you’re thinking “Help, I’ve got a cold, I’m not feeling too well”, you start thinking – hello, you’re Boba Fett, a cold wouldn’t worry you at all. So you get on with things, so in a way it gives you that injection. It was a cool character to play.

DL – It always is cool, it’s the coolest being the coolest character. But to me I’m playing second best, I love Darth Maul, he’s my favourite character, but it’s amazing. I love everyone coming up and saying how inspired they were by me being in the movie and what an inspiration I am to them and their family and good of a job I did. Everyone loves to have people build them up, and some people are like ‘No, no, no,’ but I love it. People coming up and saying ‘You’re the best character in Star Wars’ ‘Boba Fett rules!’, it really makes my day a little bit better. 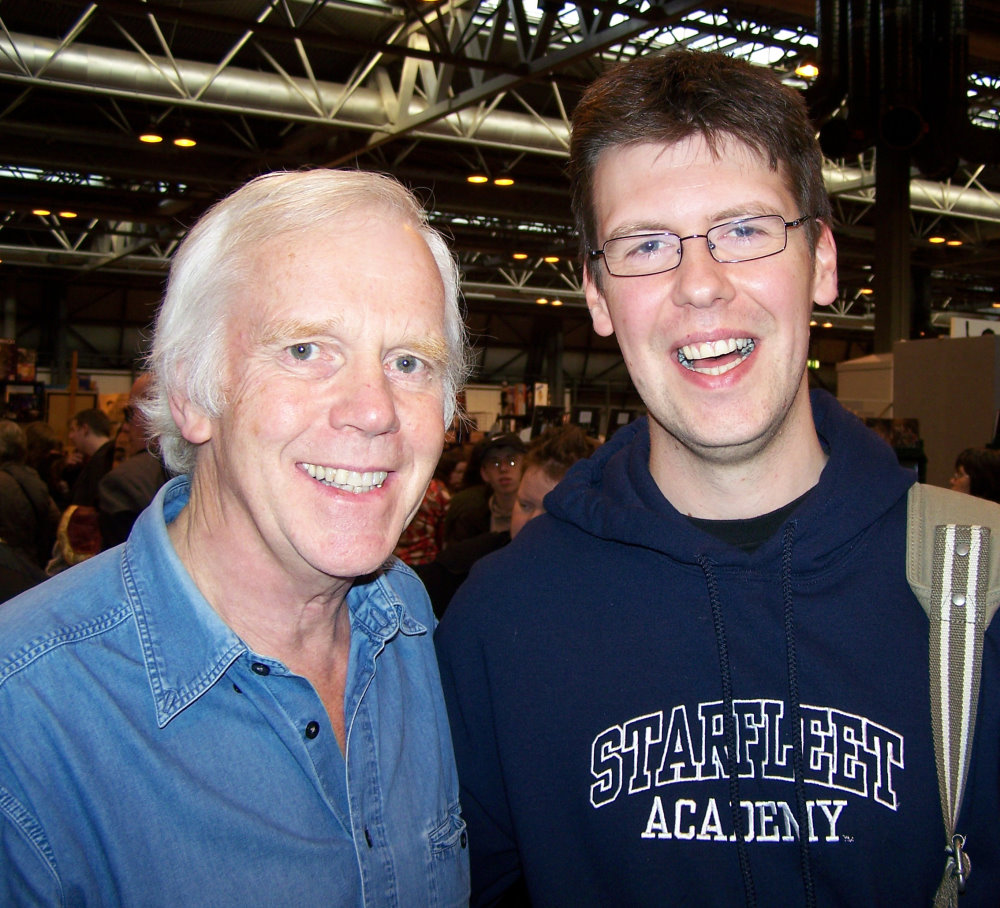 Lightsabre – Jeremy, is Boba’s history anything like you’d imagined it to be when you were making Empire and Jedi?

JB – No, because all I thought was, when you hear Boba Fett go “What if he doesn’t survive,” you think well something’s happened to him, he’s got no face or something, he fought very hard, he’s a human being. He maybe fought with Han Solo at some stage.

Now we leap forward to the prequels he’s a clone, but a super clone. So it’s been very difficult to undo what I’ve told people in the past. I’ve said, ‘Well, it’s science fiction and I’m sorry, it’s something I can’t talk about’. (Smiles). It’s funny; he is now a super clone, so now I’ve got to go down that line. I think it’s great that he had a back story.

Lightsabre – Daniel, do you have any television work lined up over the next couple of years… 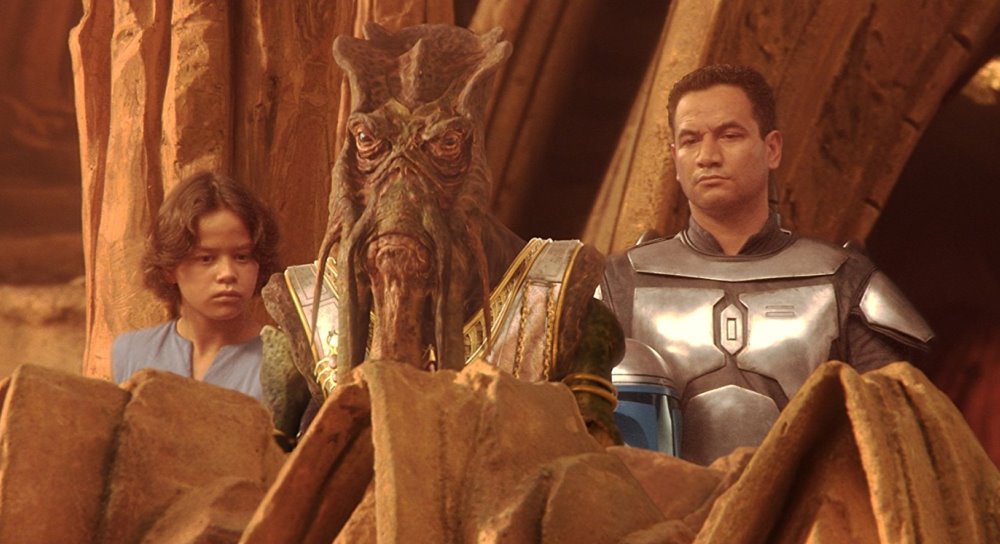 JB – Jeremy, tell us a little about Starhyke.

JB – Yes, StarHyke is interesting. A lot of people have been hearing about it because (of) the sudden interest from a couple of channels. They saw the first episode, it’s all fully cut. It still needs some work on it, but they saw it. They now want to see all six episodes, which I sort of understand, but there’s the delay because now they have to spend the money getting all the episodes finished (which) meant financial burden again. And we all, as you do with reality television at the moment, – which I think is destroying the world – we all worked for very little, and long, long, long hours, sometimes past eleven o clock.

But never mind, keep going. Hopefully through that it will be pushed through and shown. I’m not going to say it’s not like Red Dwarf, in a way it is, and the character I play Doctor Striker is completely insane. If you had a medical condition, don’t go to him, whatever you do! So there’s a lot of fun, but it also becomes very dramatic. There’s drama, comedy, there’s everything.
It’s been a long time, two years ago since we did it, so it’s a long process. You just go on to your next job, and if this comes out and they say ‘Ok, we’re ready to do a second season’ then it’ll be all pistols out – bang.

Lightsabre – Daniel, how come Jango bangs his head going into Slave-1, his genetic offspring the Stormtroopers bang their heads but Boba doesn’t? 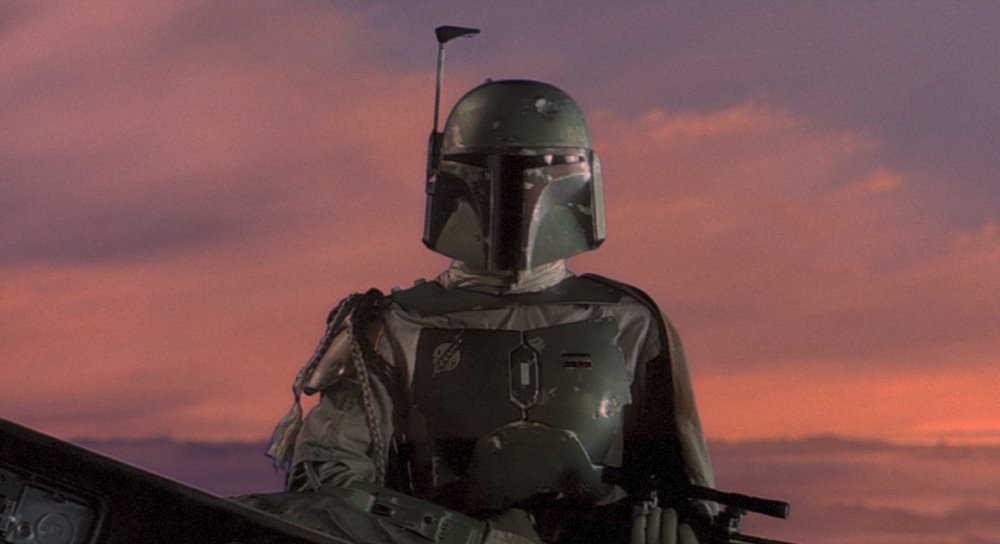 DL – Boba Fett’s a lot smarter. I don’t know. It’s because Boba Fett’s a lot shorter! I’m not a very tall guy. I always got away; I didn’t need to bend down. The Stormtroopers and Jango, they have bad memories so they were told ‘You’ve got to remember to duck your head, no matter how many times you float around in that spaceship.’ They’re still always smashing their heads. Actually Boba Fett’s got a dent mark on his helmet.

Lightsabre – I guess he must have done it once.

DL – I guess we’ve all done it sometime.

Lightsabre – There’s the short story you can write.

DL – Yeah, there goes a new story for the TV show. How Boba Fett got his helmet dented. It’s a good story right there!

Lightsabre – Jeremy, you do a lot of work for charity. Tell us about that.

JB – Well I’ve done quite a few things actually. I did Davros (Doctor Who’s arch enemy) for Children in Need, so that was good. The Make a Wish Foundation is really good. (I got to wear the costume) for Make a Wish last year, and I might try to get in the costume with the helmet to have as a new photo, but it has to be passed by Lucas. People keep saying, ‘Haven’t you got one of you in the outfit?’ so that would be quite good, to renew that.

Lightsabre – Ok, who would win in a face off – original trilogy Boba or prequel Boba, and why?

JB – Well if you look at the original trilogy Boba Fett he’s got a few dents in his outfit. He’s escaped a few. If you had the very young Boba Fett he wouldn’t be experienced enough to beat (the older Fett). But if he’d grown up as a clone, meeting me, he’s young and probably a little stronger. But there’s no excuse for experience, is there? With the experience, the original Boba would probably beat him.

DL – Of course me. I’m younger, smarter, hotter, cuter, faster. The younger generation always do (win). They come out with the original but they always, every year, bring out a newer faster model. What can I say, I was that.

JB – And he’d also beat Jabba the Hutt and Darth Vader on the same day.

Lightsabre – I’d like to see that. (motioning to David Prowse signing on the next table)

This interview was originally posted on lightsabre.co.uk on 14th October 2007.