Yep, you heard that right, arguably the most mocked TV show in history – so detested by George Lucas that he once said he wished he could hunt down and destroy every copy and so off-brand it was only screened once, back in November 1978 –  could be getting a successor, and Favreau is the man asking for it.

Backstage at the Saturn Awards, Favreau spoke to ET and laid out his plan. 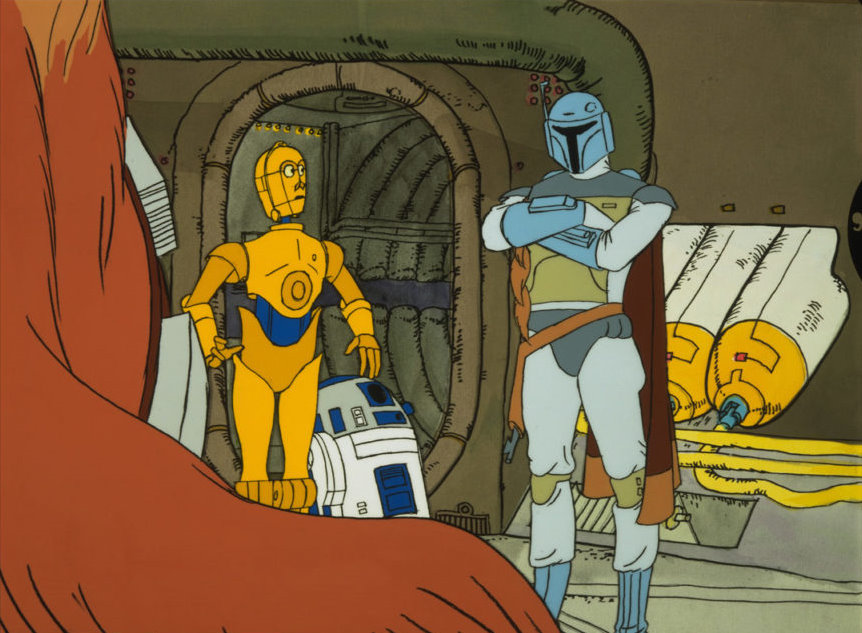 “I love The Holiday Special — certain sequences more than others,” said the director and producer. “I love the introduction of Boba Fett and that rifle that he had. That animated piece still holds up. It’s pretty cool. I draw inspiration from that.”

Anyone else notice that back in ’78, Luke was all about Y-Wings?

We can only assume that the tongue is firmly in the cheek here – remember, Star Wars Detours was shelved because a comedic view of Star Wars wasn’t what Disney were looking to promote back when they bought Lucasfilm and we haven’t seen a Family Guy Star Wars or Robot Chicken for many years – but can you imagine a new Holiday Special? Stock footage from the films, the shonkiest script imaginable, all filmed on wobbly, grainy video with the main cast of the films reprising their roles. Domhnall Gleeson and John Boyega singing, Madonna running the bar at Maz Kanata’s castle, an animated Constable Zuvio sequence. Yes Daisy Ridley, you might think you’ve played Rey for the last time….don’t be so sure.

Binging with Babish: Macarons from The Mandalorian featuring Jon Favreau

Jon Favreau on how much of The Mandalorian was pre-planned: “The story unfolded as I wrote it”

Jon Favreau, My 8-Year-Old Self Thanks You!

Jon Favreau on when Ahsoka and Rangers take place: “right after Return of the Jedi”