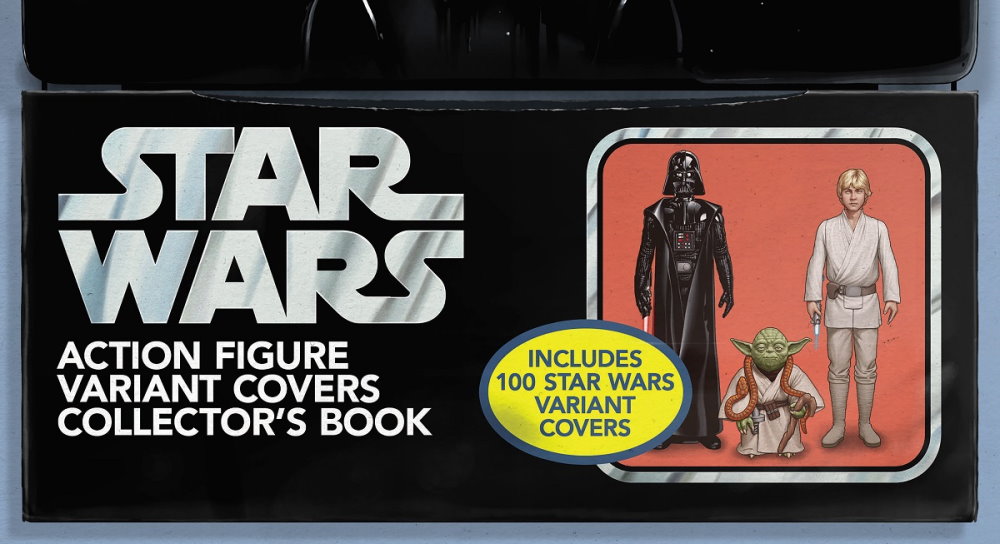 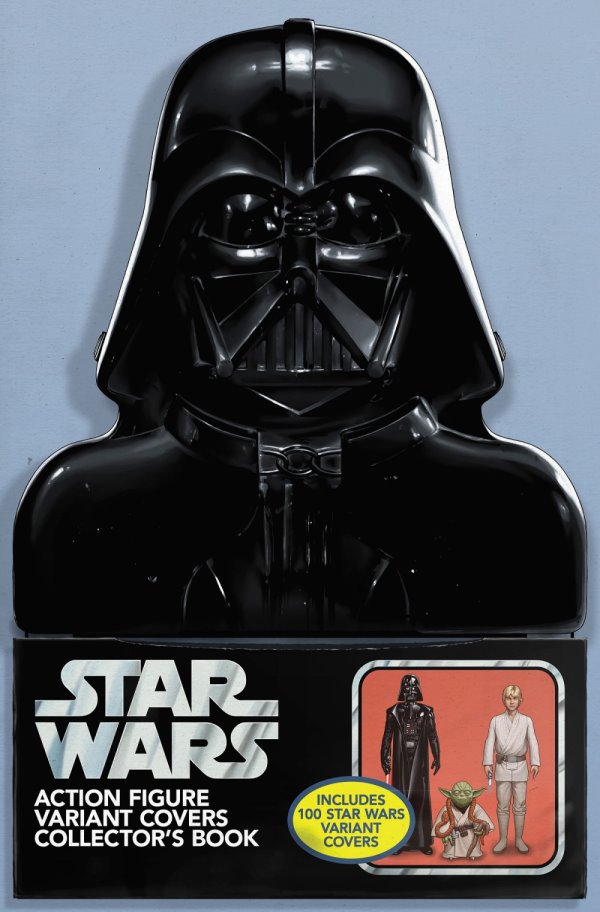 As a child, John Tyler Christopher spent his days playing with Luke Skywalker, Darth Vader and his beloved Boba Fett. As an adult, Christopher has spent the last five years drawing the greatest heroes and villains of the galaxy far, far away in a stellar series of Action Figure Variant Covers to Marvel’s Star Wars titles — which have become as sought-after among fans as the original toys!

Now, almost 100 of Christopher’s covers — featuring everyone from Ackbar to Zuckuss — are assembled, in all their full-size glory, in this instant collector’s item issue. And you don’t even have to agonize over taking them out of the box!

How do you review a book that is by definition mostly comprised of images? It’s not easy, but it certainly is a pleasure and as you browse through half a decade of action figure covers painted with great care and love by artist John Tyler Christopher it makes you realise…there really is no other franchise quite like Star Wars, is there? What other franchise could hope to bring 100 variant covers that all evoke a memory, especially like these, done in the style of the classic Kenner / Palitoy action figures? Not only a lure for literature lovers and panelologists the world over, vintage figure collectors also went loopy for these, and for good reason. This $9.99 collection of variant covers just reeks of those halcyon days when we knew just enough about the saga to scrap around with our pals in the playground and argue over who would play Luke, Han, Vader, Leia or Chewie. That’s no small feat, and Marvel Comics, editor Jennifer Grunwald and the art of JTC manage to do just that.

Kicking off with a wonderful introduction by Jess Harold, we learn just why JTC said yes to doing these covers, even though his workload was ‘insane’. As a kid, he played with his Star Wars figures in the back garden, making up stories as we all did in a pre-digital, tactile age that has translated so vividly to this collection of covers. How could he say no? He couldn’t, and thankfully for us, we get to reap the benefits of all those summer days burying Gamorrean Guards in his ‘sarlacc pit’ at the bottom of the garden.

He also loads his images with easter eggs that figure collectors would appreciate, like yellow hair on Luke, the longer, thinner Han Solo head on the ANH original and the round-headed Leia. He was able to paint figures he never got back in the day, and keep his variant run going for all 75 issues of Star Wars volume one, as well as taking the concept across to other titles in the Star Wars line and even do exclusive covers via his own website.

Sure, JTC is a professional artist, paid for his time and work but if ever there was a labour of love then this is it. Already stacked with work and in demand, he made time to craft these exquisite covers and as you delve into the pages of the collection it quickly becomes apparent just how much care and attention was paid to these pieces. Impressive enough that he creates characters from the original trilogy, that he creates covers for Marvel characters like Valance, the supporting cast of Doctor Aphra and even a TIE Fighter model for issue 1 of the TIE Fighter mini series is even more impressive – Hasbro take note; JTC has already designed the figures, you just need to make them.

Anyone who collected these as they came out already knows how special they are, so this is a must-buy, but for those comic readers who missed them on initial release this is a treasure trove waiting to be opened. Think of it as that one Gamorrean Guard you forgot to dig up back in 1988…