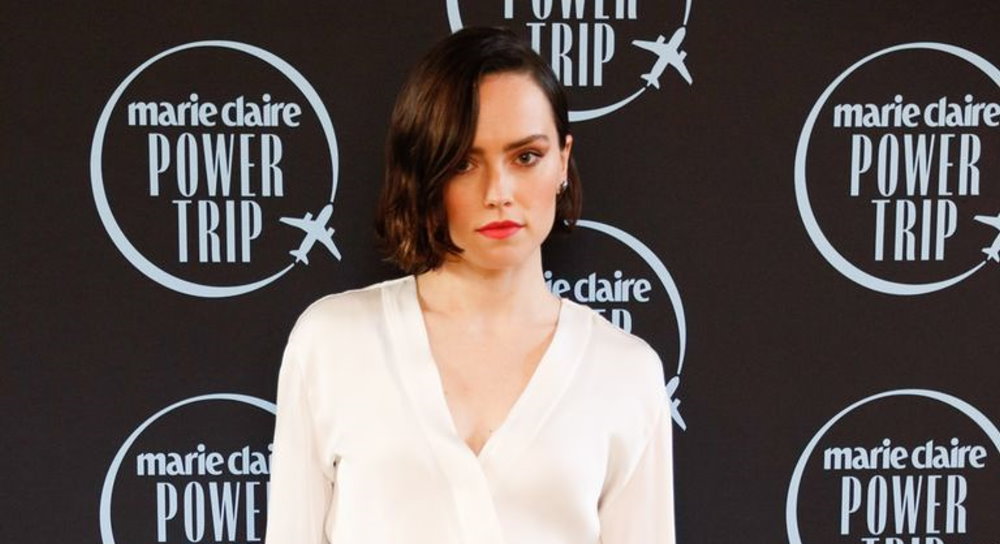 Daisy Ridley – much like the rest of her fellow The Rise of Skywalker cast members – is spanning the globe and those travels saw her sitting opposite Marie Claire‘s editor-in-chief Anne Fulenwider at Marie Claire’s Power Trip, a two-day leadership event in San Francisco which connects influential women, allowing them to share their stories.

Naturally, the conversation turned to Star Wars. Back when she first came into the circle of the saga, Daisy was unaware of just how into the series the fans really are.

“I really didn’t know that people loved it in the way that they do.”

Fame is different for everyone, and Daisy remembers some advice given on how to cope with stardom.

“You can’t have anyone telling you it’s going to be one thing, it’s not going to be that thing anyway. It’s just a really strange thing you have to go through.”

Famously she is social media free, and clearly happier for it.

“I work out. I see my family a lot. If I don’t want to go out, I don’t go out. I don’t feel that pressure anymore to see people if I’m not feeling up to it.”

As with any other cast and crew on long shoots, the people behind the camera become familiar, creating a good working environment.

“You look at people that do, you know, like trilogies or whatever that may be, who don’t get on, and it must just be really hard. We filmed the first two films in like seven months. It’s a really long time. Don’t get me wrong, it was really difficult, but we had so much fun. There was such a lovely spirit on set.”

With the conclusion of the Skywalker Saga, Daisy now moves in to other projects and she has a good feeling – a ‘witchy intuition’ that things will pan out for the better.

Daisy Ridley on The Rise of Skywalker and social media: “‘Where’s the love gone?”

Daisy Ridley and her favourite funny moment from the Sequel Trilogy