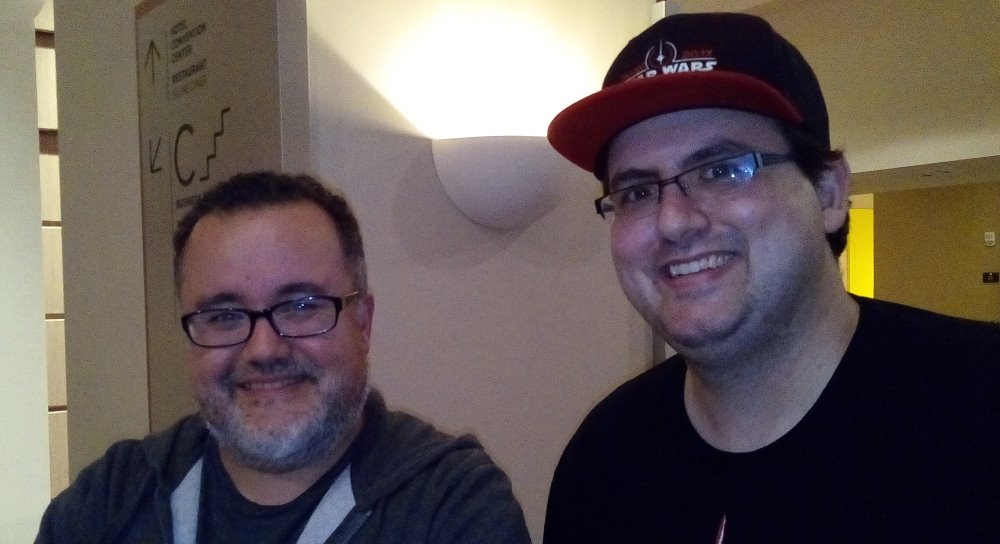 Our series of interviews “From different points of view” highlights Star Wars fans from across the world and allows them to tell you about Star Wars fandom from their point of view and how it has influenced their lives and the direction it has taken them and this week we head to the U.S. 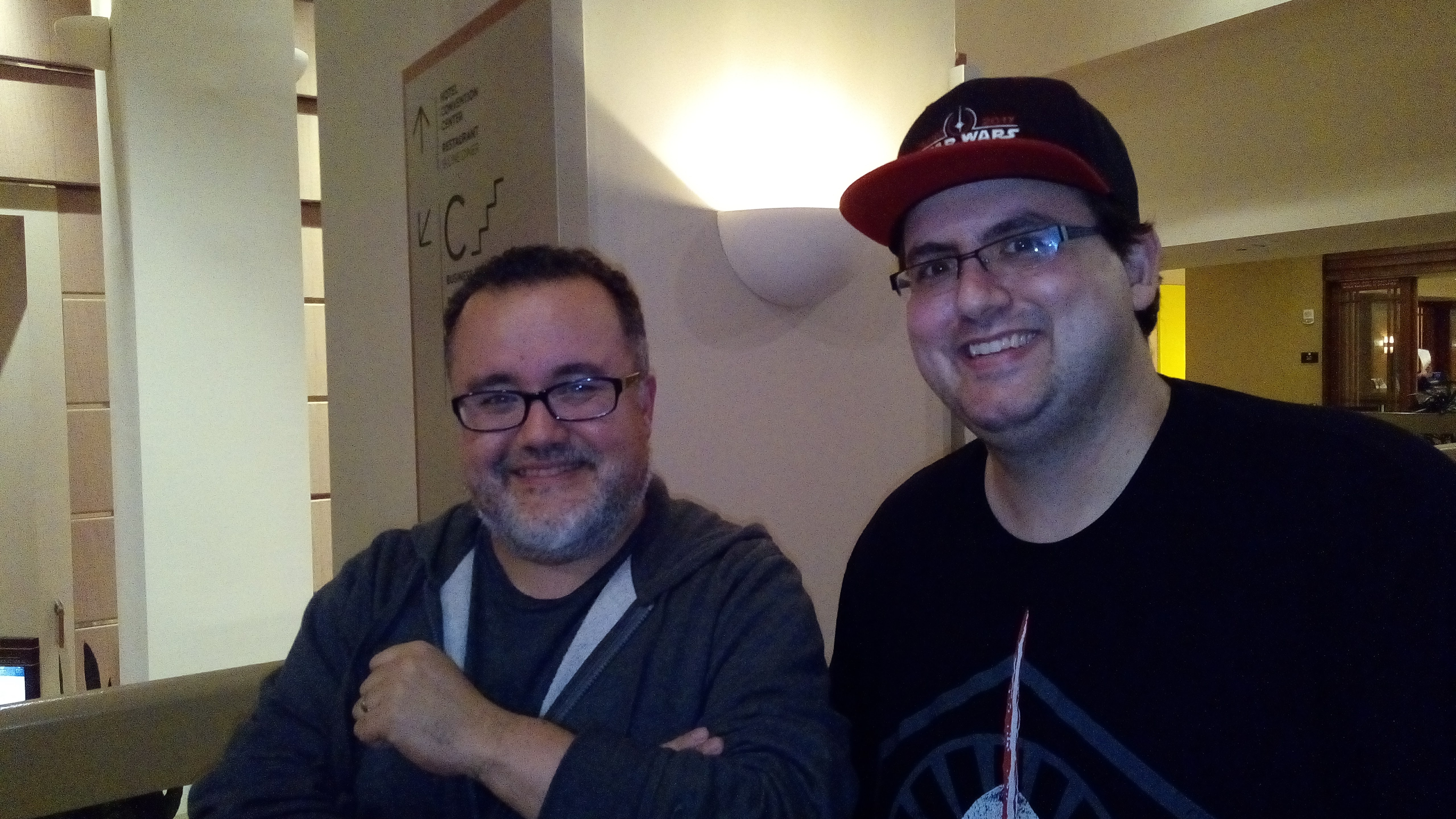 Philip when did your love of Star Wars begin and how has it influenced you?

I’ve often wondered that myself, and honestly I can’t remember when it began, I just kind of always have had some connection to Star Wars. Growing up my Uncles were big into Sci-fi and I guess I just naturally got hooked, wish I had a better answer for you and myself and could remember where and when my fandom started…

Tell us about your earliest Star Wars memory?

When I was about 6-8 years old three of my Uncle’s took me to a convention in New York. One of them introduced me to this man and told me I should get his autograph. At some point between that and getting the autograph I found out it was Darth Vader, David Prowse, but I remember telling my Uncle that it isn’t Darth Vader because he sounds nothing like Vader. I was too young to know that James Earl Jones did the voice and someone else was in the costume….Kids am I right?

Tell us about your most recent visit to Celebration Orlando, what was the highlight for you? 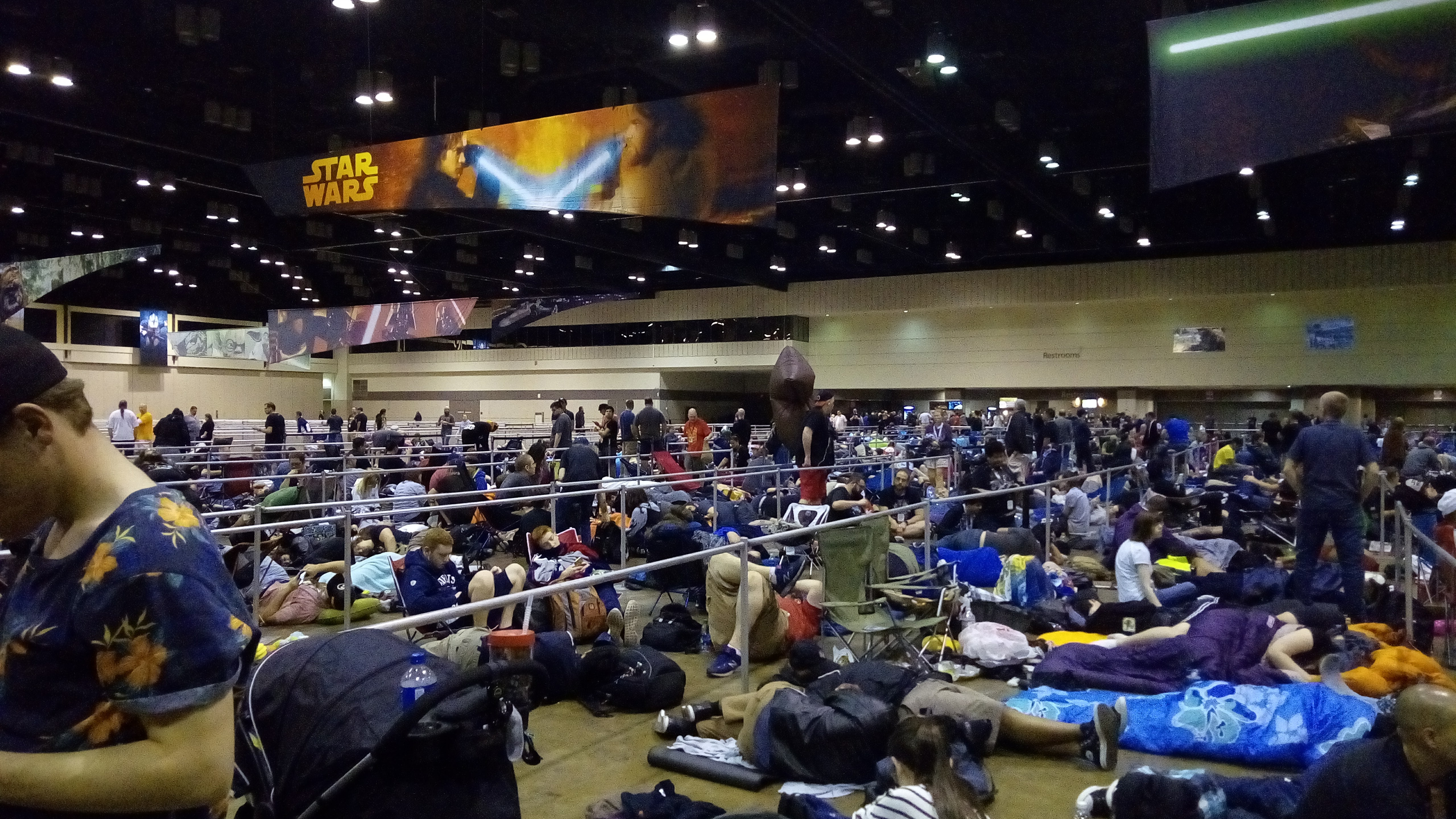 Oh man where to begin. I’ve always wanted to go to a Celebration so I did my best to savour every moment I could. From lining up for 16 hours, being able to watch Ray Park do some martial arts and meeting Daniel Logan, and also being envious of a lucky child who was able to sleep through the entire night. Then being able to see the 40th Anniversary Panel. Seeing George Lucas, Harrison Ford, Hayden Christensen, Mark Hamill, and so many more! Then having Billie Lourde giving a moving tribute to her mom that almost everyone in the room was crying, I know I was and then she introduced John Williams who played a mini-concert for us. Thinking about it literally gives me Goosebumps. Another great moment was meeting Paul Shipper, the artist for the event in the gift shop and being able to chat with him on Twitter after that, he’s a fantastic guy by the way.

Other than that some of my favourite memories come from when SWCO was officially over. On Sunday night heading back to my hotel room I stumbled across Pablo Hidalgo in the lobby and was able to chat with him and his wife for a few moments and get a photo with him. The following morning my father is checking us out and I am packing up to go home and he calls the room and tells me not to ask questions, just get dressed and go downstairs. I don’t hesitate and I notice sitting by himself, no one around him at all, was Jeremy Bulloch!! I walk up to him and politely ask if it’s ok if I talk to him for a few moments. He said sure!!! Being that Boba Fett is my favourite character being able to have a 1 on 1 conversation with Jeremy was amazing!!!!!!!!! I got it all on film too, though I looked pretty gnarly since I was wearing the clothes I slept in and just ran downstairs, but who cares!!

Then in the car on the way home, luckily I only live about an hour or so away from Orlando, my father hands me this piece of paper and I look at it and I literally start to cry. Not a tear rolling down my cheek, literally crying. It’s a sketch of Ahsoka drawn by Dave Filoni!!! How amazing is that!!!!!!!

With all that said the highlight for me was the people I met. When I was preparing for Celebration I asked a few people online what I should keep in mind. One person told me the people are what will stick with me, but I didn’t believe them. I am going to Celebration to do Star Wars stuff, not make friends! How wrong I was. I still talk to a few of them on a weekly basis and it’s opened my eyes to just how wonderful being a Star Wars fun truly is. I was never a closeted SW fanatic, but now I am someone who flaunts it!

You have started recently to take an interest in Star Wars pins; can you tell us why you started collecting pins?

I like how you can add them to anything. A shirt, jacket, backpack, hat, whatever. So no matter where you go you can flaunt your fandom. You can get your favourite characters and mix and match or simply just put them on display.

What else are you into collection or merchandise wise?

A little of everything to be honest. Action figures, posters, books, trading cards, heck I even have empty (and clean!) cereal boxes, pizza boxes, soda cans, and potato chip (crisp) bags. I recently got into Star Wars Funko Pops and have around 60 of them, no idea how I got that many in the span of 2 years but….I do.

What is the best thing about being a Star Wars fan?

The community by far. Sure there are some bad apples, but that’s life. I love being able to just find someone who enjoys Star Wars and start a conversation. Not a “oh I like Star Wars too” kind of conversation, but a deep one about the lore and myths, theories and little Easter eggs and stuff like that. That was a great part about SWCO. We were all there for the same reason so we all had this unspoken bond that made conversations so natural. I’m not a social or outgoing person, but at SWCO it was just so fun getting to talk with like-minded people. It was honestly the first time in my entire life that I felt I true sense of belonging, like this is where I was meant to be. That’s what I miss the most, the feeling of everyone accepting me for me.