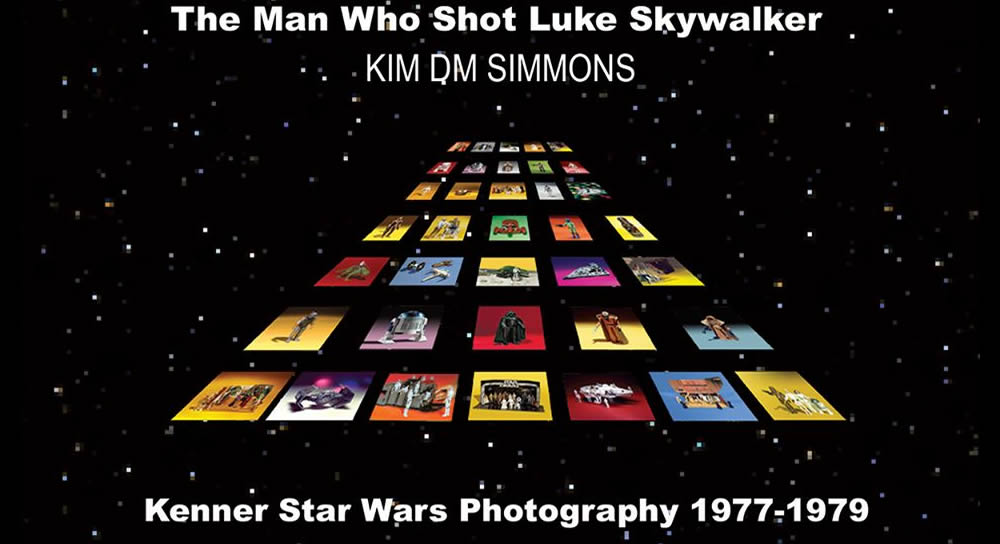 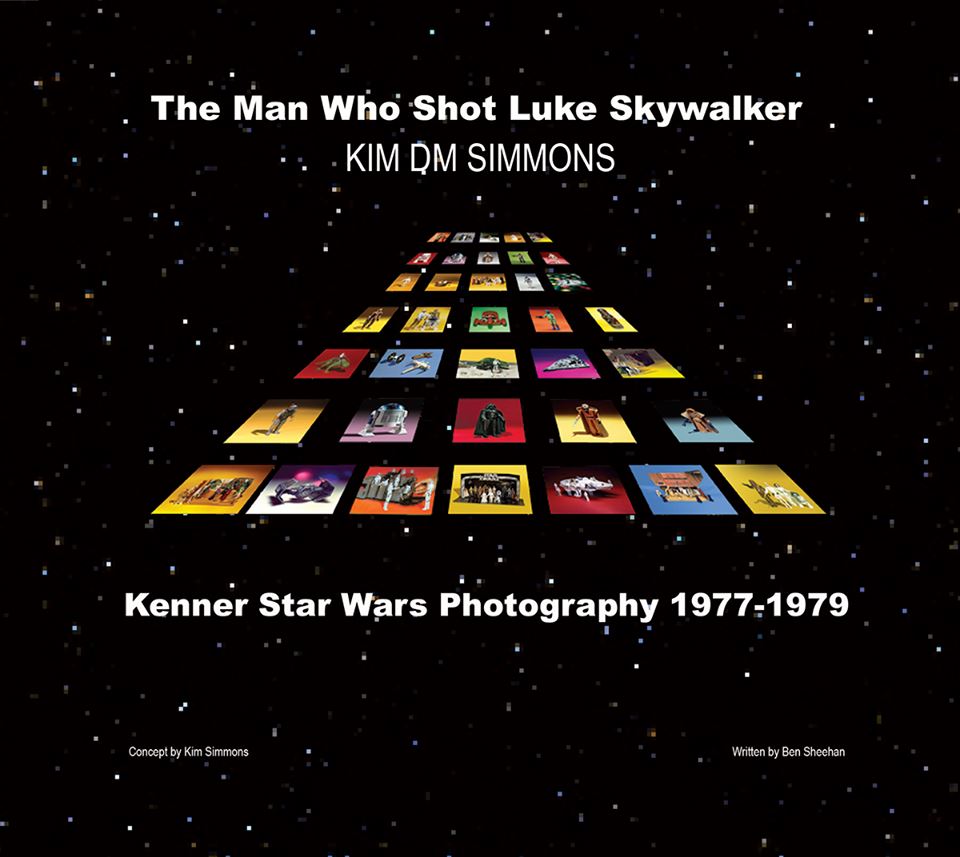 Kim Simmons needs no introduction to the Star Wars community, his work is widely appreciated and his iconic imagery helped sell action figure related toys worldwide.  We all recall standing in department stores admiring the Millennium Falcon or Snowspeeder boxes, or flicking through the mini-catalogues and keeping track of the figures that we needed to complete our collections.  Over the years there have been a lot of questions such as why certain figures were photographed with ships, or weapons and now we’re delighted to say that volume one of a book series will hopefully answer those questions.  Check out a preview page here.

The process of completing this book has been very fast and it has caught a few of us out with its announcement.  I was delighted to be given the chance to interview co-author and Kenner pre-production enthusiast Ben Sheehan for the September episode of The Vintage Rebellion podcast and can share some information with you now.  Ben has over 20 years’ experience in researching and documenting pre-production processes and has worked very closely with Kim to ensure that the product you will receive is high quality, contains lots of key information and images you’ve either not seen before or only as a partial shot and yet at an affordable price point.  Here is a snippet of the interview:

FT: What can you tell us about this book?

BS: Kim had tested the water earlier to see if there was interest in a Star Wars photography book with an earlier sample book and it was a success.  So it’s a semi-chronological look at the line and looking most particularly at photography that will be familiar to people but will look a little different from what they remember on packages and catalogues.  So if you can think of images of the kit bashed rocket firing Fett it’s images that you wouldn’t normally see at this resolution.  The book is about 12″ x 11″ … Kim and I worked out which images we thought were best and people would want to see that they’re not necessarily images that they’d already seen or may not have seen the wide shot of what they were looking at or packaging prototypes that he had images of as well.

FT: What can you tell us working with the legendary Kim Simmons?

BS: It’s always a bit of a treat talking with a lot of people who worked on this stuff because it’s not like you ask a question and you’re given an answer and that’s the end of it, often what I’ll find with Kim in particular is that he’ll look at something and then after 6 or so discussions he’ll come up with something entirely new that he hadn’t remembered that ends up being the most exciting thing he has to say about them.  It’s been pretty neat for me because it’s really solidified kind of my understanding of what that photography was used for in many cases when I didn’t necessarily get it but there’s a real emphasis in the photography from Star Wars and this is photography that Roy Frankenfield, that was initially Kim’s boss, had taken. You really get to see the selling process … for me it’s really solidified the whole process.  Kim has a great recollection of behind the scenes, he recalls what was happening behind the shoot, for example, that he might have been doing for Empire Strikes Back or Return of the Jedi better than he can about the toy itself.  He recalls why a certain shot was set up, what was his thought process and why it ended up looking that way.

FT: That points to great pride in his work recalling all this information from back then.

BS: Definitely and I think he’s proud of the way it is regarded now.  This book contains work from Roy Frankenfeld and Kim had saw this in a barrel which had water in it and he rescued it because he realised at the time that it was worth saving, perhaps not realising how important, but he’s definitely got pride in his contribution.

FT: How important was Roy and Kim’s work to the selling of the toys?

BS: Star Wars was literally selling itself but Kim’s contribution to the toy line I think you don’t necessarily measure it at the time because people were genuinely turning up in queues to buy Star Wars off Kenner and they didn’t have the supply to meet the demands at different times however, as an adult and these things are coming collectable I think you can really see the value in Kim’s work because those shots and his style created so many nostalgic memories in so many of us through looking at all the different styles of packaging and catalogues, I think it’s pretty significant … it’s such a big part of collecting now.

FT: With the huge wealth of resources online what are we going to see that we can’t get on the Internet?

BS: There is a pretty significant reveal in the book, perhaps a twist on a toy that people won’t be aware of and that happens a couple of times but I think the main thing is that you’re looking at images of say the kit bashed Fett and I don’t think these have ever been shared at the resolution found in this book so you’re kind of getting these large size shots that people have never seen at this size.

FT: Where can I order this book?

BS: Currently his website is not set up with a shopping cart but you can place an order by sending an email here and stating how many copies you want then Kim will sort you out.

FT: What does the book look like?  Hardcover / softcover?  And how many pages?

BS: I’m pretty proud of the fact that it’s a hardcover (edit – Kim has contacted me to say that this is actually going to be perfect binding with a twist and they are looking at options for a special sleeve to house all future volumes together.  At least 7 volumes are planned!), printed in the US and is 114 pages.  It’s very good value for money and people are getting a look at these images that people have never seen before.  In the US it is $49.95.  Shipping will begin mid-September.

To avoid high postage costs to the UK I’ve contacted Kim to see if we can get a bulk deal shipped to be distributed over here.  If anyone is interested then please message me here or pm me on facebook to be added to the list.  Kim is calculating costs to the UK and this article will be updated with a firm price and how to pay Kim direct.