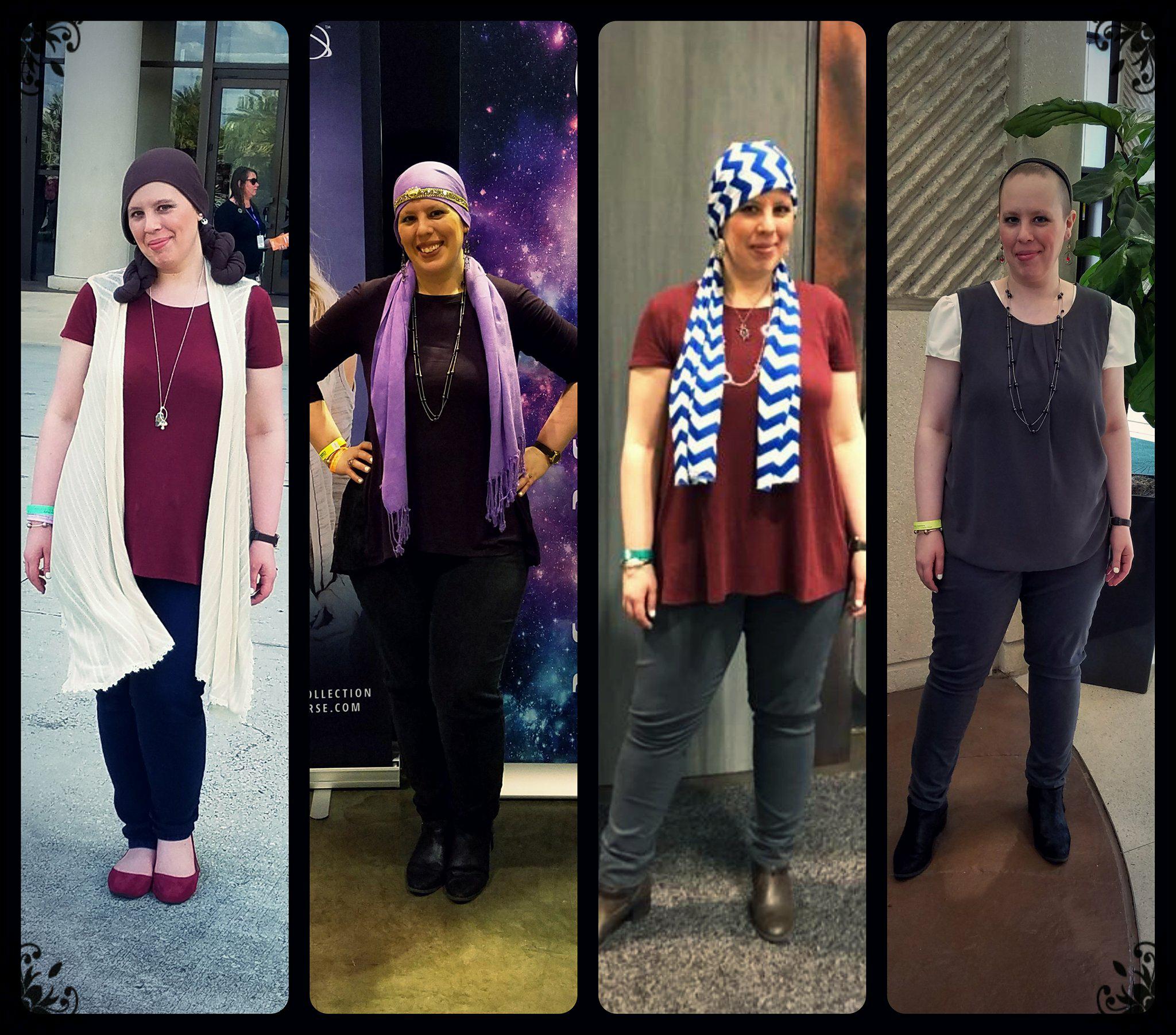 Our series of interviews “From different points of view” highlights Star Wars fans from across the world and allows them to share their Star Wars fandom from their point of view and how it has influenced their lives and which direction it has taken them. This week’s guest I met online through the Fangirls going Rogue Facebook group and we hit it off instantly! We were both going to SWCO and decided to meet up and spend time together geeking out! We had a blast! 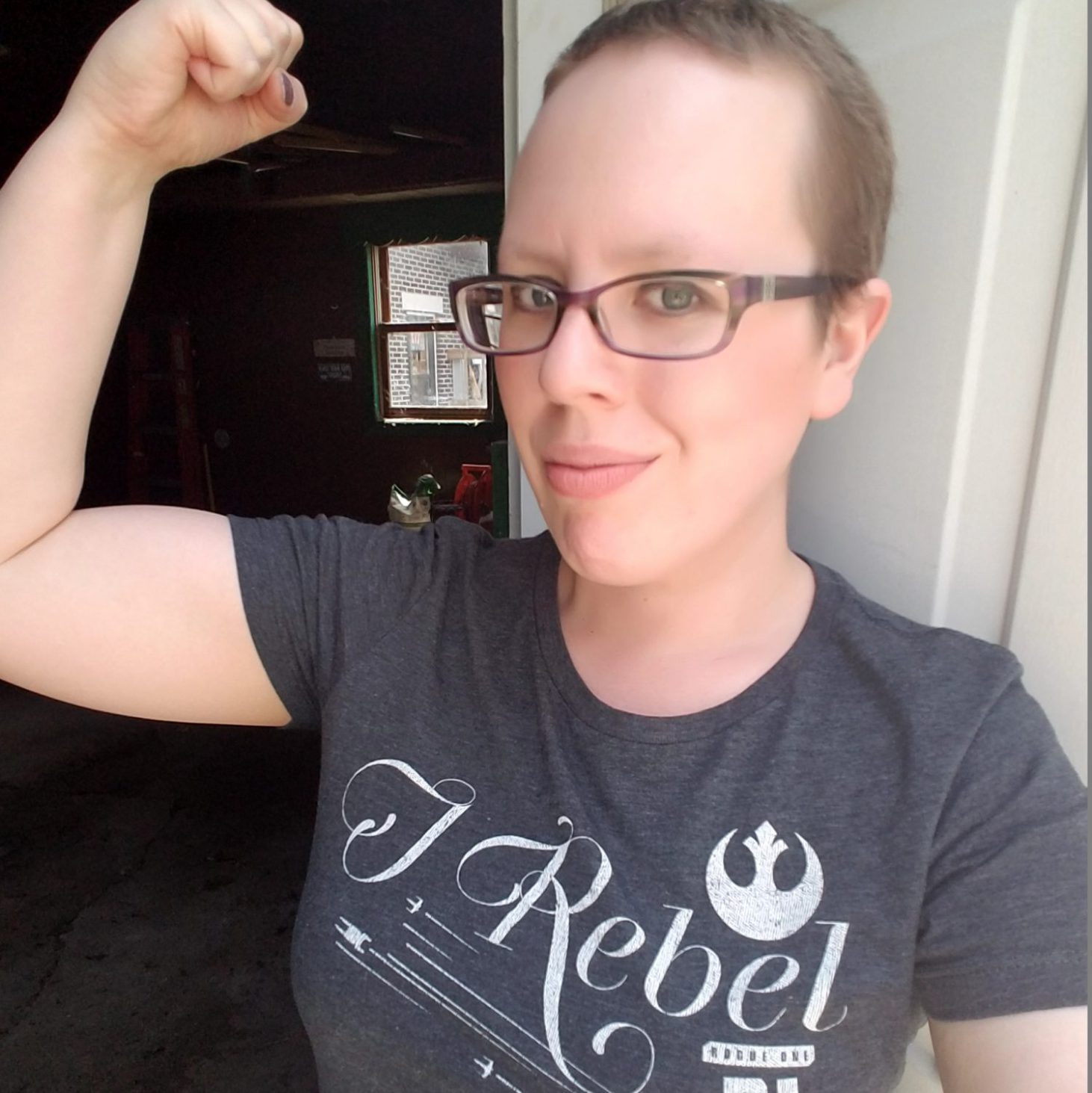 Our next point of view is from Megan Zomboracz Cullinan.

Megan has been a lifelong fan of Star Wars and has had her own unique rebellion which she shares via her blog and weekly journey on instagram.

Megan when did your love of Star Wars begin and how has it influenced you?

My love of Star Wars began in 1997 when the original trilogy was brought back to theatres with the Special Editions!  I was a teenager then and it had a huge impact on me!  It opened up a whole new world of stories both grand and personal.  It’s a story about hope and sacrifice and doing what’s right and doing what’s difficult…  Those themes really resonate with me.  Because of Star Wars, I have also met some of the most amazing people (including you!) that I have become friends with.  I’m very grateful for that! 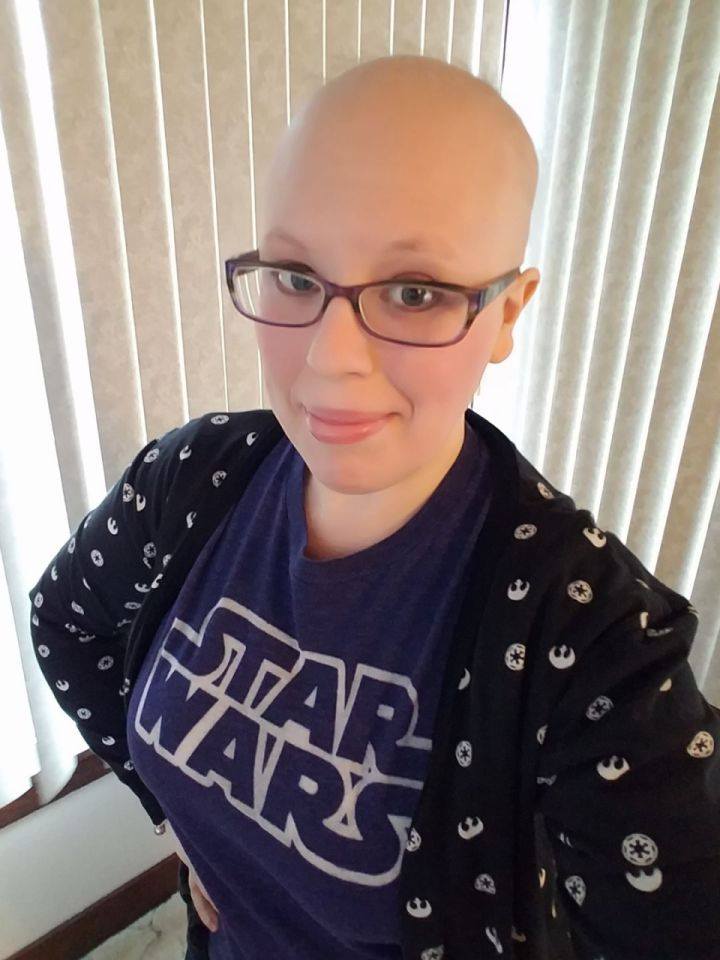 Your journey took you on a path you weren’t expecting, how has Star Wars help you through some difficult times?

When I was diagnosed with breast cancer, my world completely flipped upside down.  I didn’t know what my future held.  This was new territory for me since I had never had a major illness in my life.   I had a hard time accepting it at first; I was angry and scared.  But once I calmed myself and found my centre, I was able to accept what happened to me and then I could move on and work towards defeating it!   I knew that I had to focus on being positive and hopeful.  I had to fight against this cancer that was my own form of the Dark Side.  I went through a lot of ups and downs dealing with side effects like fatigue, loss of taste, losing my hair…  It’s because of those themes that I love that helped get me through that dark time, to help me persevere and give me something to look forward to.  I even decided to go “Rebel” and cut all my hair off before it all fell out.  I had the rebel alliance symbol shaved in the back of my head, too!

I was going through cancer treatments when Rogue One came out and when Celebration Orlando was going on, but Star Wars gave me the energy to push through and make it to both events!

When I met you at SWCO what I loved was your take on cosplay, what is your favourite outfit and why?

I had a lot of fun putting those outfits together!  I wanted to do everyday cosplay outfits that represented four different characters: Princess Leia, Queen Amidala, Ahsoka, and Lobot.  Because I had lost my hair from chemo, I had been wearing scarves and that was important for me to incorporate into each outfit.  However, on the last day, I chose to dress as Lobot and show my bald head in public for the first time!  That was probably my favourite (even though I loved them all)! 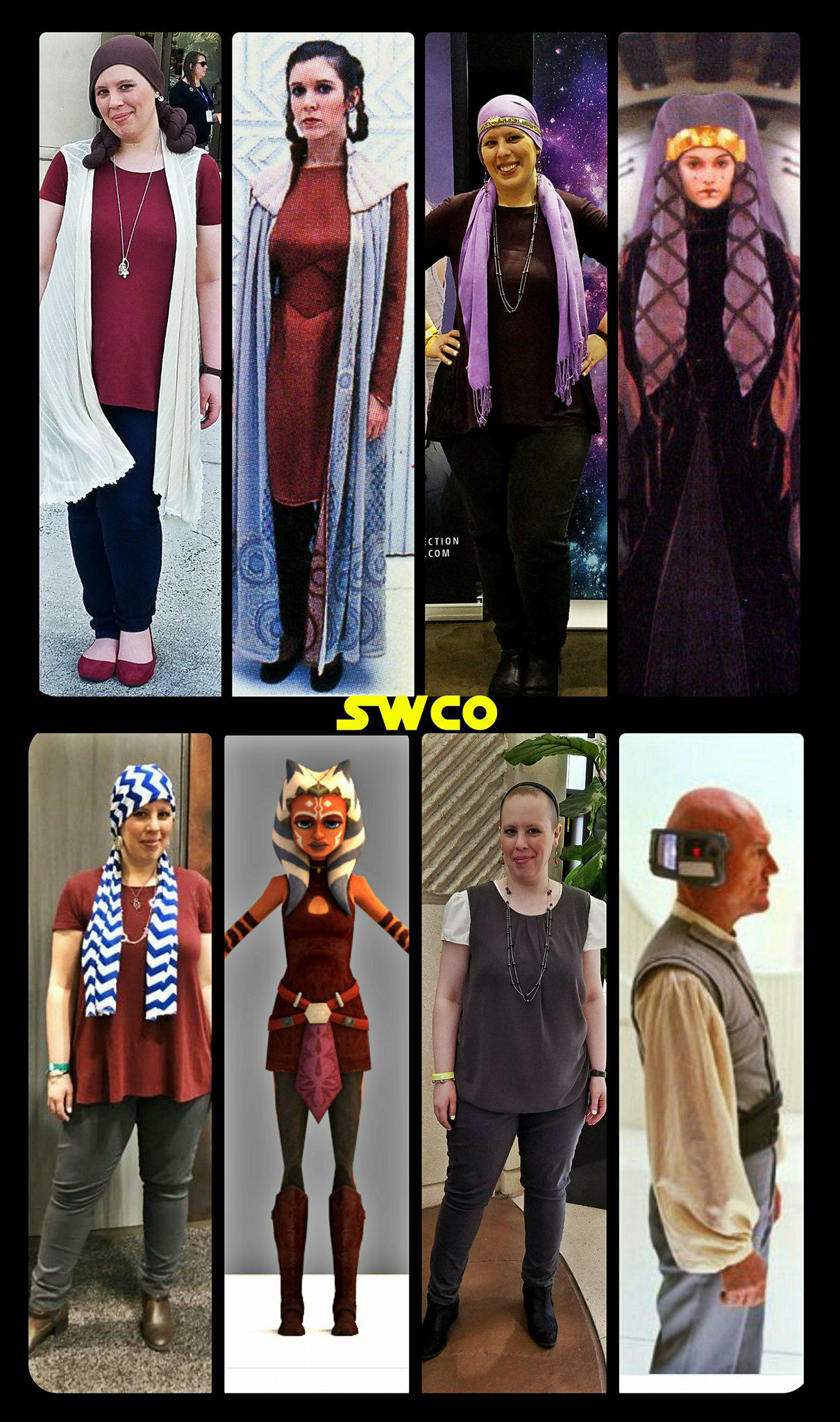 Some of our Fantha Trackers may recognise you from commercial campaign linked to The Force Awakens in the US! Can you tell us what it was for and how it came about?

Back in early 2015, I tweeted at Kohls that I loved that I could buy Star Wars clothing there, but was disappointed that I had to go to the men’s section to find it.  They must have remembered that because in September that year, they invited me to model their new women’s line of Star Wars fashion with other fangirls!  They flew me to New York City (my first time ever) and I spent a day modelling and chatting about Star Wars.  Our photos and a video were featured throughout Kohls social media.  It was a fantastic day!

What is the most memorable Star Wars Moment?

The most memorable and iconic Star Wars moment for me comes from “The Empire Strikes Back.”  When Darth Vader tells Luke, “No. I am your father!” it  is such a huge, mind-blowing moment!  I get chills every time I see it or think about it!  Biggest plot twist ever!

You are now blogging about your journey and how Star Wars has helped you through it, can you tell us about your blog and why you decided to start it?

My treatments for breast cancer covered the span of a year.  The most difficult part of my treatment was in the beginning and it caused me to feel very sick and tired.  I really wanted to write about my journey but my mind was often in a sort of “fog.”  That fog lifted about three quarters of the way through my treatment and I started writing my thoughts down.  And that’s when I knew I needed to share it with other people.  I thought it would be unique if I formatted it using the Star Wars “Episodes” as reference.  Then I could use quotes and themes from the movie to enhance each post.  It’s been very therapeutic for me, but mostly I wanted to be able to share my story to provide hope and positivity in the darkest of circumstances.  Plus, I wanted to share some very personal things that people may not understand about having cancer or other serious health issues.  And ultimately, if I can help at least one person who is dealing with cancer or another issue in their life, then I know I have made a difference.   On top of that, going through cancer and blogging about it has helped push me to do things that I may have hesitated at doing before and it has brought on some wonderful opportunities for me. 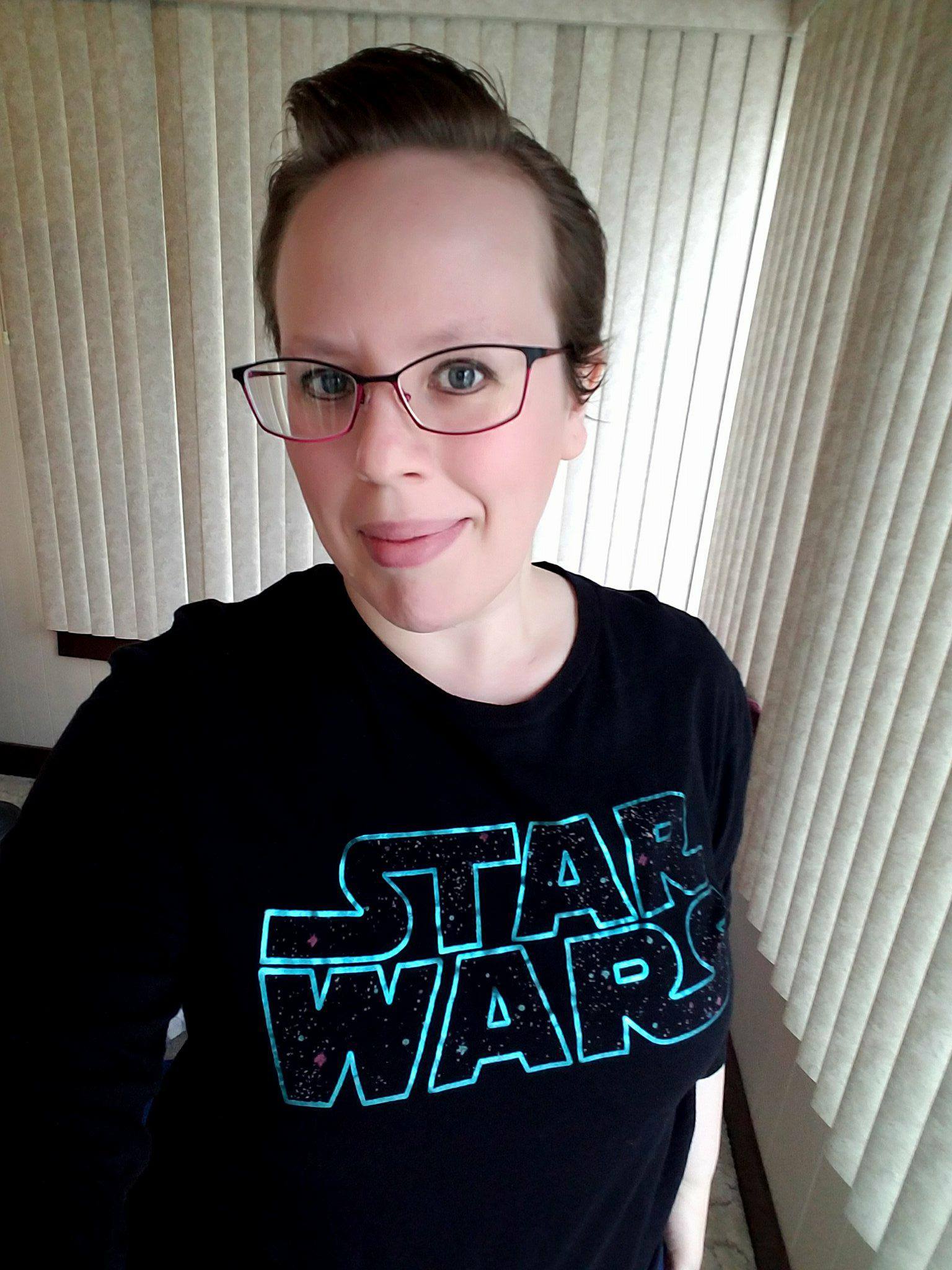 You are now branching into Podcasting, what that is like and where we can hear you?

Podcasting has been so much fun!  I’m a singer, so I’m used to using my voice and performing in front of people, but this is different and a little more challenging!  When you are interacting with people that you’re not even in the same room with, it makes things a bit unpredictable which can be exciting and frightening!  But I really do love it!  I’m so amazed with today’s technology that even though we may live miles and oceans away from each other, we can still connect like we are almost right next to each other.  I’ve had the pleasure of being interviewed for Star Wars on Tap/Unmistakeably Star Wars Podcast, The Kessel Runner Podcast, and the Passionately Casual Podcast!  But I also get to co-host on Star Wars: Legends and Lore where we talk about Star Wars books!  I’m so glad I took a chance to branch out into something that was new for me!

You can read Megans Blog : Rebel cancer war
Listen to Megan Cohost here : Far Far Away Radio
Listen to interview on her Star Wars journey Interviews: Kesselrunner
Passionatelycasual
Watch Megan’s Hair journey on the link below
Hair does not define you!