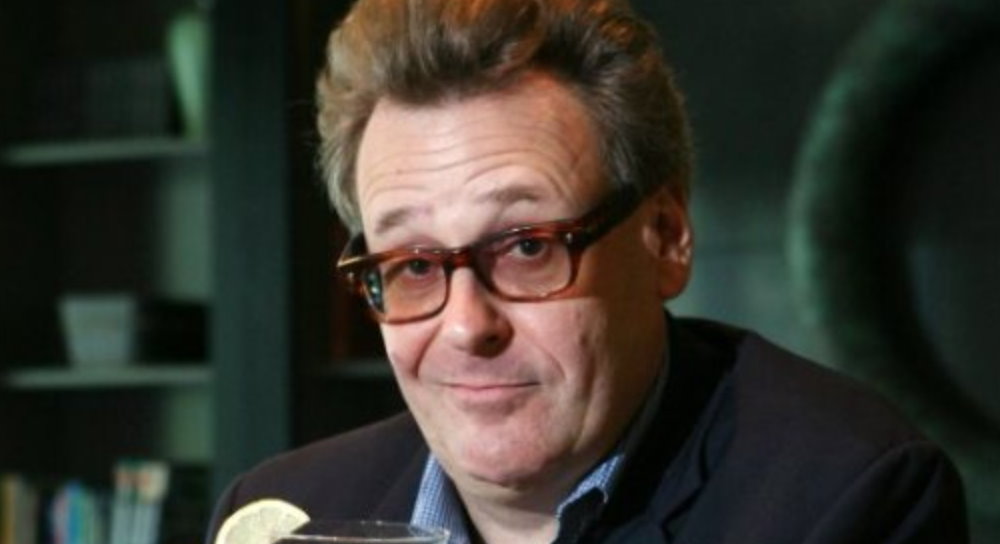 Between 1999 and 2009 Lightsabre.co.uk brought news, fanfic, podcasts and much, much more to the masses. Our one hundred and thirty-seventh guest was half of the pod race announcing duo in The Phantom Menace – Greg Proops. 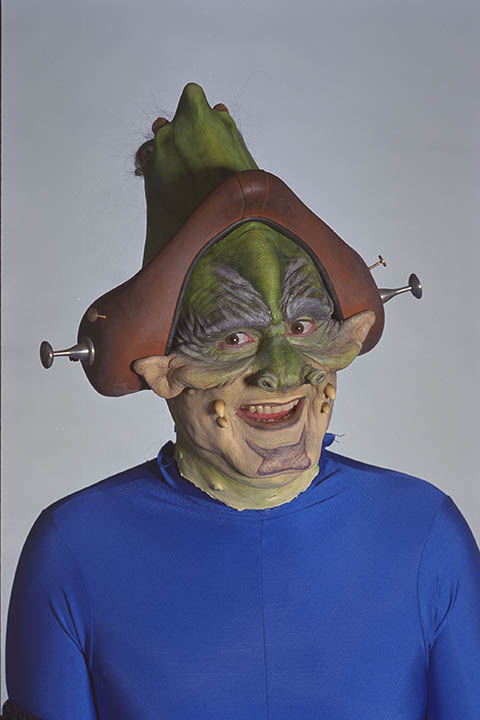 Lightsabre – You became a part of the Star Wars universe with your role as Fode in The Phantom Menace. How does it feel to be a part of something so massively popular worldwide?

GP – It feels groovy. I get letters from Denmark.

Lightsabre – Were you a Star Wars fan before these roles came along?

GP – I saw the first one high with my buddy Leon, the week it came out.

Lightsabre – How did you come to the part of Fode? Presumably, Lucas hiring a noted comedian indicated that the role required an element of humour?

GP – A very good comedian friend of mine, Scott Capurro who played Fode, and I went in and auditioned together. they had us read because we could riff and we have American accents. We had a lot of fun and came up with some of the lines. 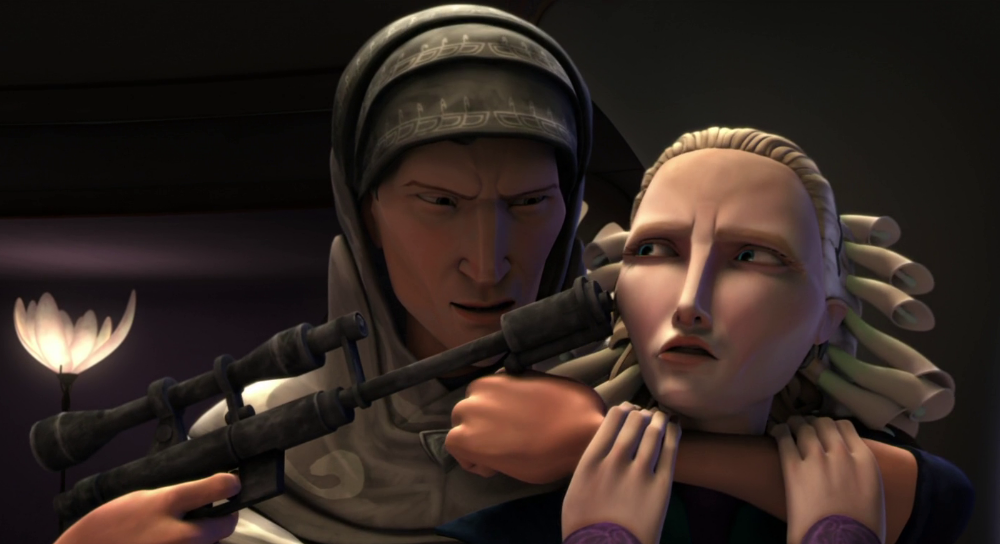 Lightsabre – You’ve returned to Star Wars with a role in The Clone Wars as Tal Merrick. Tell us a bit about Tal and his part in the greater Clone Wars story?

GP – Tal is an evil dude. That what makes it awesome for me. He is greedy, venal and a kidnapper. Good guys are never as exciting to play as a duplicitous traitor.

Lightsabre – You are best known in the UK for your long stint on the much missed Whose Line Is It Anyway. Tell us a bit about those days as UK humour, especially on Friday nights, has never been quite the same since.

GP – We had a lot of fun. We had no idea it would run 10 years. I still work with Josie, Richard, Paul Merton and all the Comedy Store Players. In fact I have been asked to guest with them at the Globe in London on April 27th. I will also be sitting in at the Store on April 29th and May 3rd and 6th. I also gig with Ryan Stiles and Chip Esten all the time in the States. I am friends and colleagues with most everyone who did Whose Line. Mike McShane and I are still pals after 25 years. Lightsabre – You’ve done a lot of voice over work, which clearly you get a lot of enjoyment out of. What attracts you to this aspect of your career?

GP – No makeup. Plus they usually give you lots of latitude in the studio. I have been very lucky to work on The Nightmare Before Christmas with the excellent Henry Sellick and Danny Elfman. And recently on a Wii game called Mad World with John DiMaggio, the voice of Bender on Futurama and my pal Jack Fletcher who is a terrific director.

Lightsabre – Got to ask you about Space Cadets, the sci-fi quiz show you hosted in 1997. That looked like amazing fun.

GP – Holy cow. Craig Charles and Bill Bailey are sweethearts and so funny. I got to meet William Shatner and Walter Koenig for f***’s sake. As well as Ed Bishop from UFO Terry Pratchett and Claudia Christian, it was a sci-fi wet dream. 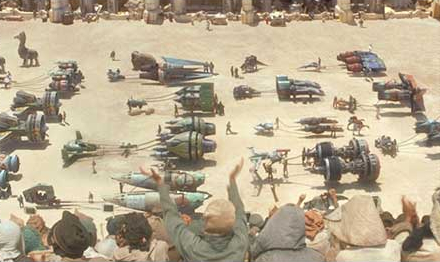 Lightsabre – When you started out at the beginning of your career you paired up with Mike McShane. What was it about Mike and yourself that worked so well as a duo?

GP – One was fat and one was thin. Now we are both in the middle. He and I clicked because we share a horrible liking for the same kind of humor.

Lightsabre – You’ve worked on numerous shows, films and projects. Which one – apart from Episode 1 of course – is your favourite?

GP – I just did an episode of Flight of the Conchords for HBO. They are swell guys and I got to play an advertising asshole. As if there are any other kinds of people in advertising. I am currently on a kids show for Nickelodeon called Tru Jackson VP where I play a crazy fashion designer who hires a 15 year old girl to be Vice President. So I am fortunate. Lightsabre – It’s been a great interview, and thanks for being our guest on Lightsabre. Just one final question. Fode and Beed are offered a job they can’t refuse – Rancor Pit announcer in Jabba’s Palace. Every time the Hutt gets angry, another victim falls through the floor and you have to commentate. Give us a brief flavour of what Fode would have said when Luke fell through the grating into the Rancor’s clutches…?

GP – “Golly that is gonna be one tasty tidbit for Rancor. Hope Luke wrote Leia a goodbye hologram!”