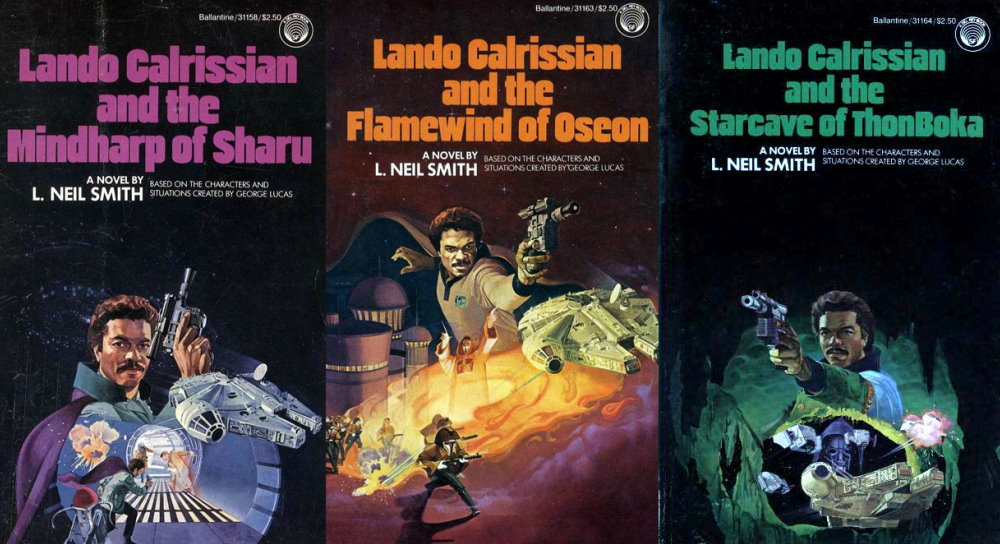 Between 1999 and 2009 Lightsabre.co.uk brought news, fanfic, podcasts and much, much more to the masses. Our sixty-fifth guest was the author of the Lando Calrissian adventures – L. Neil Smith.

LNS – Thank you, Mark, it’s a pleasure to be “here”, in the virtual sense.

Lightsabre – You’ve written many novels, including The Probability Broach, The American Zone and Forge of the Elders, but you are widely known for the Lando Calrissian trilogy. Is that a burden or a pleasure?

LNS – I’ve written twenty-six books, altogether, including two political “thrillers” and a collection of essays, but I’m very happy to be known for having written the Lando books, and I’m pleased that folks have continued to enjoy them.

Lightsabre – Tell us something of your career. Where did you begin as an author and what led you to today? 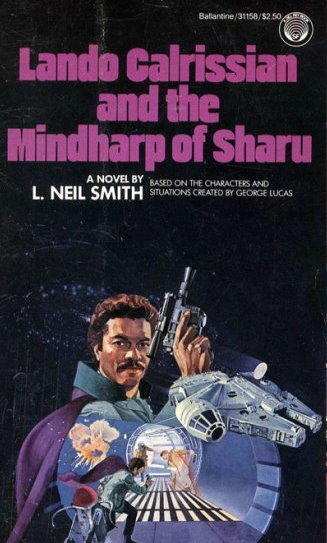 LNS – I’ve been writing for as long as I can remember. I made my first attempt at fiction when I was seven or eight years old and there were occasional eruptions after that. I wrote three short stories for the market in 1967, when I was 21. (I wrote them on my honeymoon – I wonder what that says about me?) They were rejected by every magazine in Sciencefictiondom, but Judy-Lynn Del Rey bought them ten years later for her Stellar Science Fiction series of anthologies, and, at her request, they formed the basis for my novel, The Gallatin Divergence.

The politics of individual liberty has always been supremely important to me, and I wanted to write an action-adventure novel that would do for freedom what H.G. Wells and Edward Bellamy had done for the form of serfdom we call socialism. Only in Bellamy’s case, less boringly. I also had Ayn Rand as a model: her books Anthem and Atlas Shrugged are first-rate science fiction, even if she was unaware of it.

So in 1977, I outlined a novel to be called The Constitution Conspiracy, talked about it with some friends at the national Libertarian Party convention in San Francisco that year, returned home and broke my foot in a Tae Kwon Do class, and had no choice but to sit down and write the damned thing. Along the way, I changed the title to The Probability Broach (the original title is still there as the name of a chapter) and it was bought by the first publisher – Del Rey of Random House – who read it.

I’ll leave it to the reader to decide how well I achieved my original objective for the book. 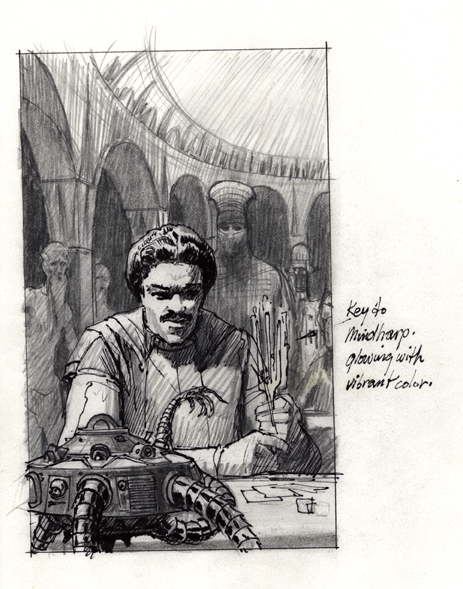 LNS – I can’t honestly say. Aside from keeping me alive during a very slim period, the books haven’t impacted my life all that much. After some unpleasant experiences Brian Daley had, my editor deliberately kept me away from Lucasfilm, Ltd. and its rather sordid corporate politics. So I’ve been more or less completely out of the loop. And probably happier that way.

Lightsabre – The Lando books are unique among the wider Star Wars Expanded Universe, carving their own niche in the saga, and the chief of your original characters was Vuffi Raa. What was the inspiration for this enjoyable character?

LNS – It makes me very happy that you like Vuffi Raa. He was a pleasure to create, I enjoyed writing him, and I regret very much that I don’t own him and can’t use him. Physically, I have always been interested in marine life, and was intrigued by the deep-sea brittle star. That was my model for Vuffi Raa. As a character, he’s very much of a piece with some of my other wisecracking sidekicks. I guess he’s more like Oasam in Forge of the Elders (who has the very last word in the 600-page epic) than anybody else. 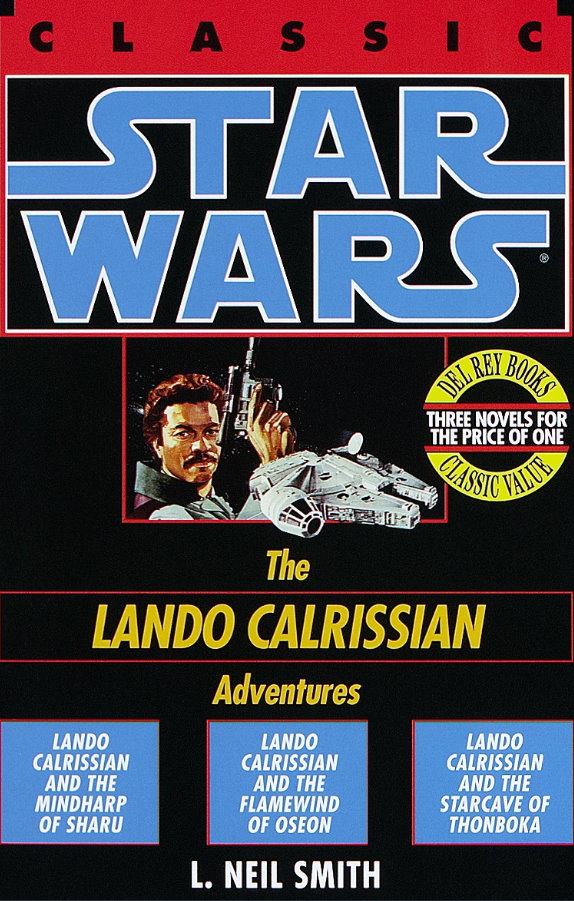 Lightsabre – Lando is such a striking character. Did you feel for his predicament in The Empire Strikes Back?

LNS – I was always a big fan of Han Solo, which made me like Lando very much, too. I spotted him as a gambler and a wheeler-dealer right off, and I don’t imagine that he viewed what happened at the Cloud City as much of a predicament. More like a problem that could be solved by a sufficiently intelligent con-man. And when you get right down to it, his adversary, Darth Vader wasn’t really very bright, and had no sense of humor at all.

Lightsabre – What were your feelings on Revenge of the Sith? Did it satisfy your fan appetite, or simply whet it for more adventures to come?

LNS – I saw all three of the later movies, and I think I was less disappointed with them than most people, but it was all very cartoony, with a lot less character development than the first three movies. And as I grow older, for some reason, as a writer and a human being, I’m more and more interested in the phenomenon of character.

Lightsabre – Given you had to design a slightly younger Lando, where did you begin? What cues did you follow to retrofit the character? 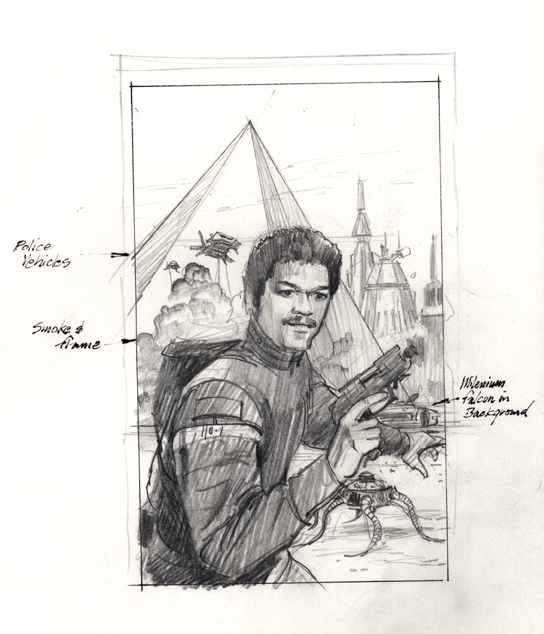 LNS – To paraphrase Michael Mann, first, I removed his moustache. For some reason, that helped me with the rest of the characterization more than anything else. He was a gambler and a con artist – but a young one, still learning his trade. As he went along and learned from life, he had Vuffi Raa, his Watson, to explain his discoveries to.

Lightsabre – Was there ever any opportunity to write further Star Wars adventures, and if given the chance today would you be interested?

LNS – No such opportunity has ever presented itself. If it did, I’d have to be paid a hell of a lot more than I was to begin with.

Lightsabre – Tell us something of your other interests outside of Star Wars? You are known to be a keen marksman. 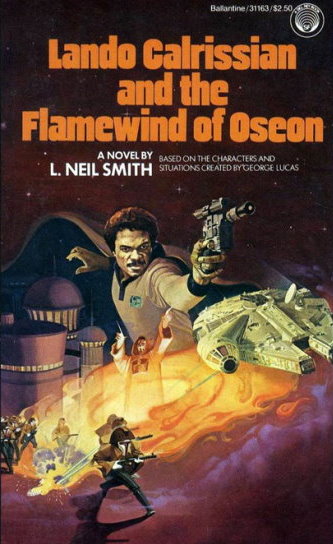 LNS – I have been called one of the foremost authorities on the ethics of self-defense. But I just like things that go bang!, and I also like the way, in the words of an old ad for the 1907 Savage, they “Banish Fear!”

A capable weapon in the hands of a competent user is government’s worst nightmare, because the combination demonstrates, for all but the most retarded among us, that government is essentially unnecessary.

Remember the fable about Chanticleer? That’s the government, wanting us to believe it makes the sun rise, when in fact – as we see with George Bush and Tony Blair – its actual effect is to bring about a new Dark Age.

Ahem. Sorry about the lecture (not really). My favorite sport, one I pursued for many years, is handgun silhouette shooting. That’s a pistol or revolver fired at thick steel cutouts of game animals – grouse, peccaries, wild turkeys, and Sonoran desert rams – at ranges most individuals think only rifles can achieve. My version tops out at 100 yards with half-sized critters. Another version goes to 200 meters, and I’d love to compete in that. It’s a splendid past time, which I describe in some detail in my novel Pallas.

My personal choice of weapon for what’s formally called “NRA Hunters’ Pistol” is the 6″ barrelled Smith & Wesson Model 610, a revolver that shoots the 10 millimeter auto cartridge.

Lightsabre – You are deeply interested in politics, as seen on your personnel website. Tell us a bit about why you are so inclined? 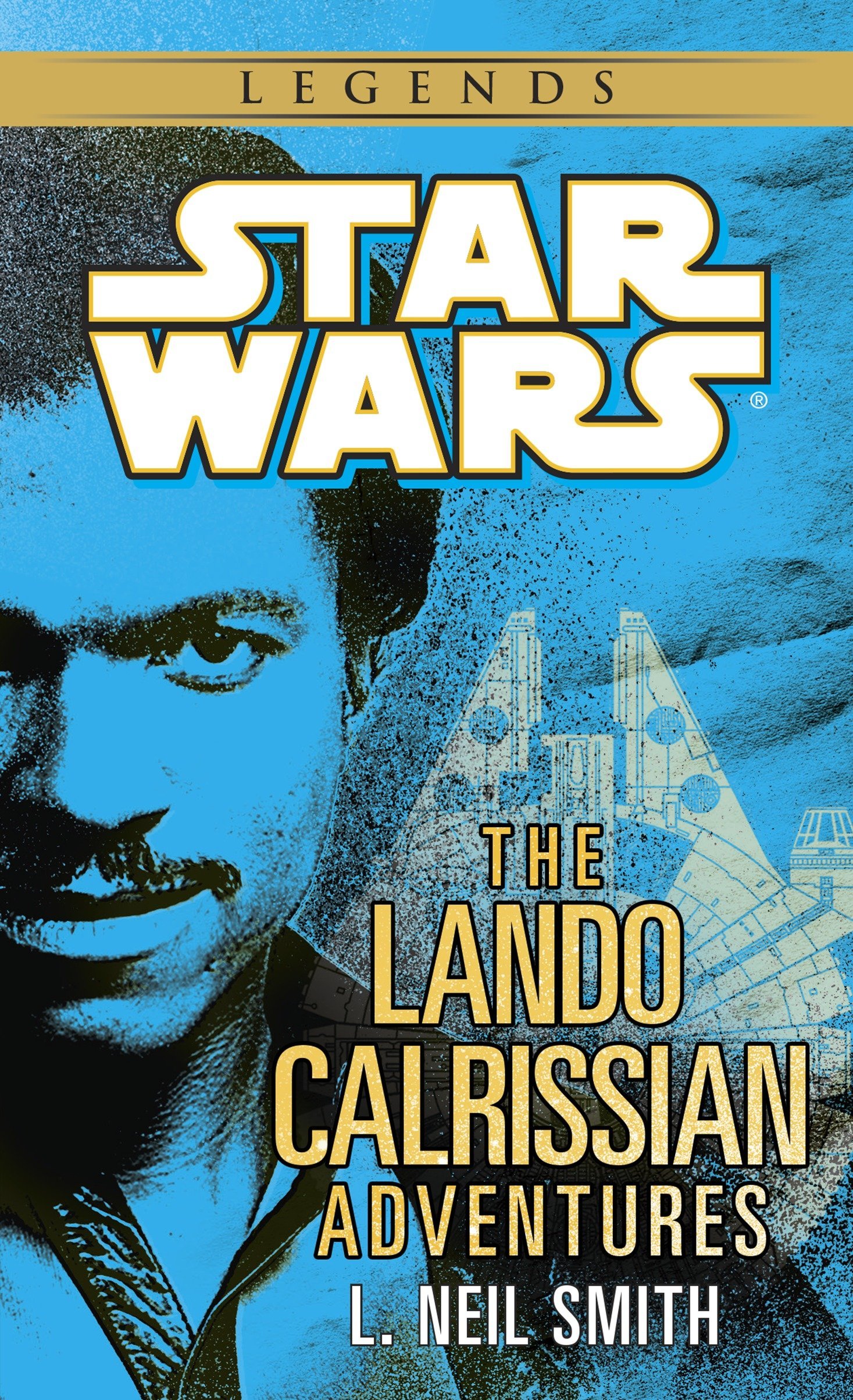 LNS – Very simple. With freedom, you can do anything. Without it, you can do nothing. History proves that over and over and over again. I can make all kinds of intellectual arguments about it, but in the end, it’s a visceral thing. Some people seem happy being domesticated animals – you and I both know plenty of specimens like that – and some can’t be. The problem arises when the former try to afflict the latter with their own disease.

Lightsabre – What would you like to see in the forthcoming Star Wars television show? Young Lando?

LNS – I confess I wasn’t aware there was going to be a TV show. If there were, Cirroc Lofton (Jake Sisko from Star Trek: Deep Space Nine) should play young Lando.

LNS – Lots of things. As we speak, I’m in the process of acquiring an agent again, after a long period without one. I have begun to expand Pallas into a four-book “family saga”, and finished what will be the third book, Ceres, late in 2005. I’m working on the second book, Ares, now. Both are about the terraformation and settlement of new worlds. The fourth, Beautiful Dreamer, is a large-scale love story, a bit like Hilton’s Lost Horizon (1939 novel published by Ballantine, the first published in paperback).

I’m also writing TimePeeper, a project I originally conceived as a movie, but which will make its first appearance as a webcomic at www.BigHeadPress.com where people can also find the webcomic version of The Probability Broach and the epic science fiction western spy story, Roswell, Texas. I’ve also begun outlining my first vampire novel, Sweeter Than Wine. 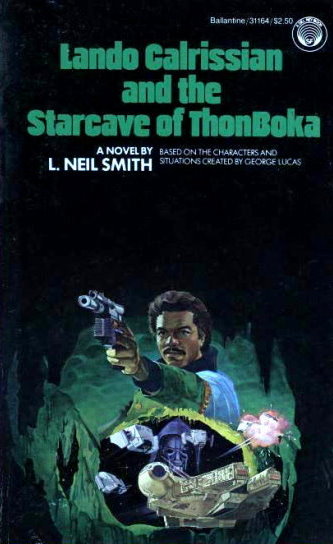 LNS – Quite amazing, really. The consistent dedication of Star Wars fans never fails to surprise and please me.

Lightsabre – It’s been a great interview, and thanks for being our guest. Just one final question. Twiki from Buck Rogers, Daggit from Battlestar Galactica and Vuffi Raa have entered a Robot Wars competition. Their aim is to build the biggest, baddest Robot, designed to destroy the others in the arena. Which one builds the killer robot?

LNS – Why, Vuffi Raa, of course, first because, unlike the other two, he’s both sapient and rational. And then again because his mom and dad are – but that would be telling, wouldn’t it?

This interview was originally posted on lightsabre.co.uk on 25th March 2007.